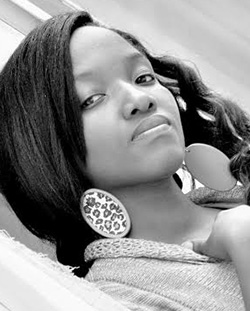 ORGANISERS of the inaugural Matabeleland Fashion Week have released the list of local designers who will showcase their work at the launch event.
The launch will be held at the Heath Streak Academy in Bulawayo on at the beginning of next month.
Nine designers, both old and new, will have the opportunity to exhibit their wares and showcase their brands at the show.
Founded by Bulawayo based Amanda Mtangadura, an Image Consultant, Matabeleland Fashion Week “exists to showcase fashion and cultural trends of the people of Matabeleland”.
Bulawayo is often accused of lacking a cultural and fashion identity of its own due to the heavy influence of the neighbouring South Africa which not only shares borders with the country but cultural ties as well.
However, Mtangadura believes that the fashion show will afford local designers to uplift the fashion sector in Matabeleland.
“The primary purpose is to empower people, societies, businesses and the community to appreciate the fashion industry.
“The fashion week will showcase designs and products in the fashion industry of Zimbabwe, Matabeleland in particular, thereby creating a network of designs, designers and customers in the fashion industry,” says Mtangadura.
She added: “We look forward to make this event a major annual fashion show to be held in the City Of Kings, Matabeleland.
“The Fashion week aims to work with all stake holders in the fashion industry, from upcoming models, designers, fashion retailers up to international fashion professionals so as to transform and brand our fashion as people the of Matabeleland.”
The Bulawayo Board of Designers, a group of young and upcoming fashion designers will showcase as a collective and are expected to showcase a power house Autumn/Winter 2015 Collection.

Litso Fashion Label who has been seen on platforms such as the Zimbabwe Fashion Week and Clothing, will be showcasing her edgy range of female clothes.
Immaculate will be showcasing her male range, while Brand Room, who have showcased at the HIFA Fashion Show and Clothing Indaba, will showcase a mixed African range, celebrating our being as a people.
Shadow by Sidumiso and Ara Kani (Formerly known as Rebellious Klothing), who recently showcased at the Durban Fashion Fair, will be showcasing their Autumn/Winter 2015 Collection at the Launch of the Matabeleland Fashion Week.Advertisement

Rebellious Klothing has become one of the sort of Male Designers from Zimbabwe and is scheduled to showcase mid-October at the Cover Model Management Charity event in Cape Town. He will be going to showcase under the wings of Azzura.com, an online clothing store.
“Two new labels that should you should be on the lookout for are, BOLD by Gertrude Bepswa and Oh La La a lingerie and sleep wear line,” said Mtangadura.
“Both of these labels will be debuting at the Matabeleland Fashion week and this platform will give both an opportunity to interact and share a stage with other designers that have been in the business for a while,” said Mtangadura.
One of the country’s established designers, Maita Marimo, who has showcased in New York, South Africa and across the world will be the guest designer. The Harare based designer, is expected to showcase her 15 piece collection.
The event will also acknowledge models, designers and fashion stakeholders through awarding them towards the end of the evening.