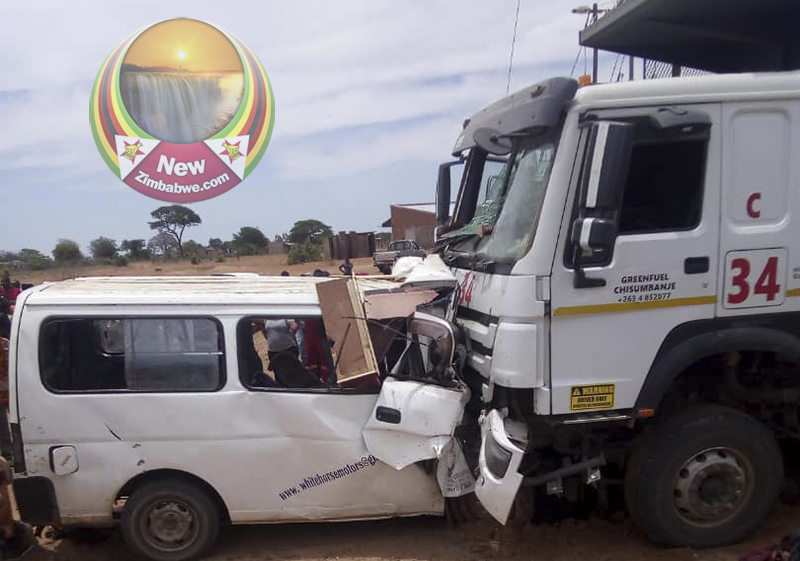 CHIPINGE: Nine people died on the spot Sunday after a haulage truck belonging to Green Fuels company was involved in a head on collision with a commuter omnibus.

According to the police, the tragic crash occurred at the 10 km peg along the Tanganda-Checheche road Sunday afternoon.

ZRP national spokesperson, Assistant Commissioner Paul Nyathi, said the injured were rushed to the nearest hospital where they are receiving treatment.

He said the accident occurred after the driver of the haulage truck tried to overtake on a blind spot, resulting in a head on collision with the kombi.

“The driver of the haulage truck tried to overtake on a blind spot and this resulted in a head on collision,” said Nyathi, adding that the kombi was carrying 17 passengers, instead of the legally allowed 15.

“As you can see most recent accidents which have occurred are being caused by drivers who are trying to overtake at wrong places.

“As police, we are urging drivers to respect road rules and regulations to avoid unnecessary loss of lives.”

The fatal accident comes barely a month after a similar mishap occurred in Rusape where 47 people died on spot.

This was after the driver of a Harare-bound Smart Bus tried to overtake two vehicles, including a truck, on the sharp curve, leading to a crash with an oncoming coach.