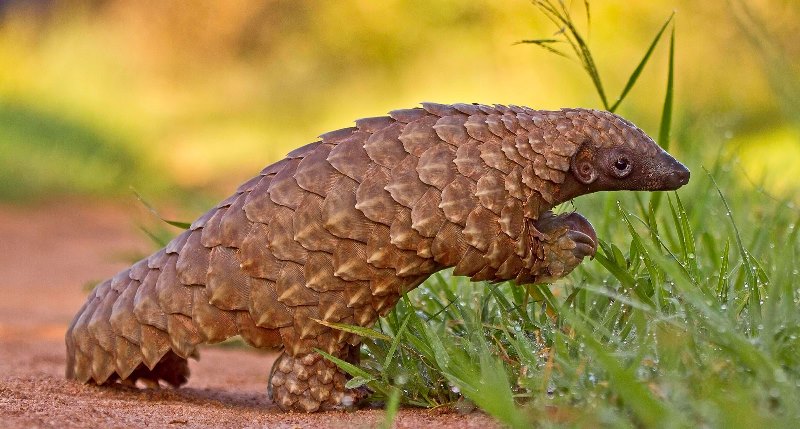 The Pangolin is an endangered specie
Spread This News

A Harare man who was arrested for possessing about 3kgs of cyanide and some pangolin scales in Hwange was lucky to escape with a nine month jail term after the mandatory nine years was quashed.

Danmore Chinjonjo, aged 55 of Harare’s Budiriro suburb, was facing a lengthy nine year time in prison but two Masvingo High Court judges, Garainesu Mawadze and Joseph Mafusire quashed the mandatory nine year sentence, replacing it with a three-year sentence or a level eight fine of $500. He will serve only nine months.

He was convicted by Hwange Magistrate Godfrey Dube for both possession of pangolin scales and storing and transporting cyanide without consent from the Environmental Management Authority.

Chinjonjo was arrested on August 23 after police received a tip-off that he was carrying cyanide, a deadly substance often used by poachers to kill mostly elephants in the Hwange National Park.

Prosecuting, Vumizulu Mangena said Chinjonjo was picked up as he walked from Hwange town to Thulani Lodge where he was booked.

He had left Harare by bus to Bulawayo on August 21 where he boarded a train to Hwange and arrived on August 22, according to documents recovered from him by police upon his arrest.

The prosecutors said he travelled from Harare with the intention of poaching wildlife in the Hwange National Park, where hundreds of elephants were killed by poachers since 2013.

“On the 23rd of August 2019, a ranger identified as Shumba from Zimbabwe National Parks and Wildlife Management Authority received a tip-off that Chinjonjo was in possession of cyanide.

“She teamed up with some colleagues and ambushed Chinjonjo near Nyaradzo offices where they intercepted and searched him,” said the prosecutor.

Chinjonjo carried a red bag which had the scales and cyanide wrapped in different plastic bags and hidden in clothes.

He told the police and rangers that he was coming from Harare and carrying cyanide with the aim to deliver it to a person he only identified as Bheki in return for elephant tails.

The cyanide weighed 2.5 kg while the pangolin scales were three.