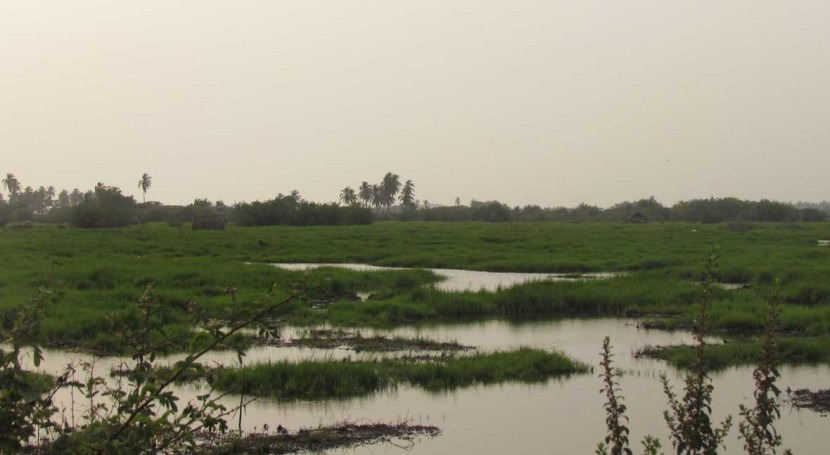 COLLECTIVE action is a virtue in many aspects of life, and this has been the case for a certain rural village down in Masvingo district, where locals have proved that they are true legends of biodiversity and conservation of wetlands as they are guarding jealously their own.

Njovo wetland located in Zezai village has not only been a scenic natural feature, but it has also provided succour to poor families in the area who are now fending for themselves courtesy of the wetland.

The wetland has an interesting history.

In 1977, it dried up, leading to the ultra-superstitious community to suggest this was the work of an angry occultic custodian of the riverine.

But it has over the years miraculously bounced back to its pristine state, becoming once more a priceless source of livelihood for many living around it.

It has also become a haven for a diverse variety of wildlife and plants.

All this is owed to the collective efforts of the community members wo worked tirelessly to ensure it was restored to its virtual virgin state so it could continue to give life as of old.

And the amazing story of this stunning marshland is headlined by the tireless efforts and passion of women, 357 of them, who have worked with one accord. Men involved in this unique and surely award-deserving conservation work number just 143.

The project finally got major recognition from critical players in 2016/17 after years of hard work by the local community.

Many organisations who are directly involved in protection of land, natural resources and those with a keen interest in food security were charmed by progress which was being recorded by a mere rural community.

Forestry Commission, World Food Program, Aqua Culture, Environmental Management Agency among other key stakeholders flocked in to put a hand to a project which has become the nation’s pride.

Resources were poured in various projects were initiated while some were scaled up as both the community and stakeholders wanted to maximize the wetland’s potential.

Chairman of Njovo wetland projects, Munyaradzi Mabika, said the community worked in conjunction with various implementing partners who have been forthcoming when it comes to the preservation and positive use of the wetland.

“In past years we didn’t know that we can actually make a living out of this piece of land. Indeed, we were lost but we got another lifeline through being taught on conservation of wetlands by EMA. Scarcity of water within the community had gone for quite a long time but by the help which we got from our project partners that is now a thing of the past,” Mabika said.

Some of the projects being initiated courtesy of the wetland include fish farming, apiary, orchard, poultry and nutritional garden.

Seating on a 4,5-hectare piece of land, the swamp is probably the best thing that has happened to the Njovo community since time immemorial.

Not only has it helped alleviate poverty in the area, but it has also contributed to projects at Njovo Primary School.

The school which in yesteryears found the wetland as a menace now prides itself in water harvesting and a thriving school garden which never gets thirsty.

A dam which is 40 cubic metres wide has also been constructed and fish farming is in full swing.

The project has charmed government with the minister of Environment, Climate, Tourism and Hospitality Industry Mangaliso Ndlovu pledging government’s full support towards the initiative.

Ndlovu applauded the project saying it has proved to be a critical component towards the fight against climate change and country’s efforts to reduce land-based carbon emissions.

“Wetlands as showcased at Njovo are essential for community adaptation to climate change. They cushion communities from climate shocks such as droughts and they act as carbon sinks and their restoration will certainly add value to the country’s efforts towards low carbon emissions and wetlands slow up to 30 percent of land-based carbon emissions,” Ndlovu said.

Many communities have also emulated the Njovo wetland progress with government setting aside ZW$30 million towards the rehabilitation of three wetlands: Nyamhara (Mashonaland East), Marongere (Masvingo) and Matambo (Midlands province).

Njovo wetland is one of the many wetlands that have been put to good use in the country as authorities continue to fight for the preservation of these swamps.

In urban setups, this hasn’t been the case as the demand for land and shoddy dealings by land barons have seen desperate home seekers are allocated stands on wetlands.

Zimbabwe has a total of 13 659 579 hectares covered by wetlands translating to 34,96 percent of the country’s total area.

This report was made possible through support from WAN-IFRA’s Strengthening African Media Project: Environmental and Climate Change Reporting. Views Expressed here do not belong to WAN-IFRA