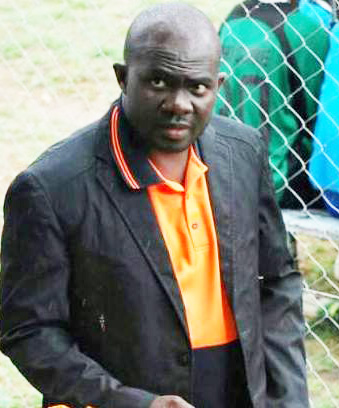 IT is truly such a matter of great pride for all patriot Zimbabweans that our football team has qualified for its first Africa Cup of Nations finals in a decade – a rare dose of good news for a country shaken to the core.
There is one man, though, who would have had even more reason to cheer beyond the obvious national pride. Unfortunately, Nkululeko Sibanda is no longer with us, taken away from us so suddenly at the age of 42.
It pains me to this day that I could not be there to pay my last respects to Sibanda, better known as Doc in football circles, following his passing in February 2015.
I’d only known Sibanda for less than six years at the time of his death, but he had, during that short period, allowed me close enough to his very ambitious football development project to reveal a visionary – epitome of the sort of young and fresh brains sorely required to take Zimbabwean football to the next level.
I really should have been among those at his final resting place in Binga on the day of his entombment. But due to unfortunate circumstances that had befallen me around the same time, I was not able to do so.
My own period of great personal anguish aside, Doc’s death however, came as a really bigger shock due to the suddenness of the fate at a relatively young age – merely a week after he had been his bubbly and optimistic self during a phone conversation with me in which he had given away absolutely no hint of failing health.
Fiercely passionate
Nkululeko Sibanda was fiercely passionate about his country, broad and national in attitude, yet also remaining very proud of his Tonga ethnicity, as shown by the name of his beloved Harare-based Twalumba Football Club.
Sibanda and his equally robust wife Miriam – a former practicing journalist who would later win a vote to become the country’s head of women football – were the owners of Twalumba (“thank you” in Tonga), a lower division club borne out of another very ambitious project of theirs, Highfield United.
Highfield had briefly hogged media headlines by bringing the legendary former Zimbabwe captain Peter Ndlovu out of retirement in 2011 alongside a number of the country’s best known footballers.
Twalumba Football Club was the instrument with which Nkululeko Sibanda aimed to spread his philosophy and influence on Zimbabwean football.Advertisement

As an individual who could look at a situation and see possibilities, at his peak Sibanda owned and managed companies that not only provided his young family with a comfortable lifestyle, but also enabled him to bankroll such ambitious ventures as Highfield United.
But as the Zimbabwean economy began to bite deeper after 2013; prosperity was clearly no longer the case during his last days on earth, and it took its toll on the business, the football club and personal wellness.
And, usually, when such unforeseen hardship comes about, extra responsibilities such as spending on sport become the victim and fall off the list of priority. But not to Doc.
Underprivileged young footballers
Football development was just too dear to him, so he continued to toil. Closest to his heart was the talented but underprivileged young footballers whose education Twalumba Holdings sponsored at Harare’s Oriel Boys High School. Abandoning the boys would have totally destroyed Doc.
Perhaps the realisation that he could no longer do as much as he so badly wanted to finally took its toll on him and shortened his life.
Twalumba’s fourth floor offices on Fidelity Tower Building in downtown Harare became a hive of activity; schoolboys coming up and down the building to collect equipment, wait for hours to sign for their bus fares to school the following day, and just exchange pleasantries with the friendly staff at the office.
Doc’s philosophy was based on a principle of honesty and quiet dignity. He passionately hated age-cheating, a scourge of Zimbabwean football he always equated to match-fixing and blamed for the country’s long history of underachievement in the sport.
He prided himself on the Oriel Boys Under-14 team, which fared well against the better known footballing schools in the country and often left onlookers marveling at its finely-honed skills even in defeat. Doc would rather lose with genuine youngsters than age cheats.
But he understood that the young players did not act alone. The major target of his contempt was the crooked adults who help kids forge birth records.
In most cases, Doc would tell me, the perpetrators are, of all people, teachers at the schools who dabble in coaching and are known to gain the unfair advantage of having older players in their teams in an attempt to boost their own coaching CVs.
Another source of great pride for Sibanda was the older Twalumba players who have come through the club’s structures. One such was Elisha Muroiwa, who he excitedly announced to me mid-2014 that he was loaning to the country’s biggest club, Dynamos.
Jewel of a defender