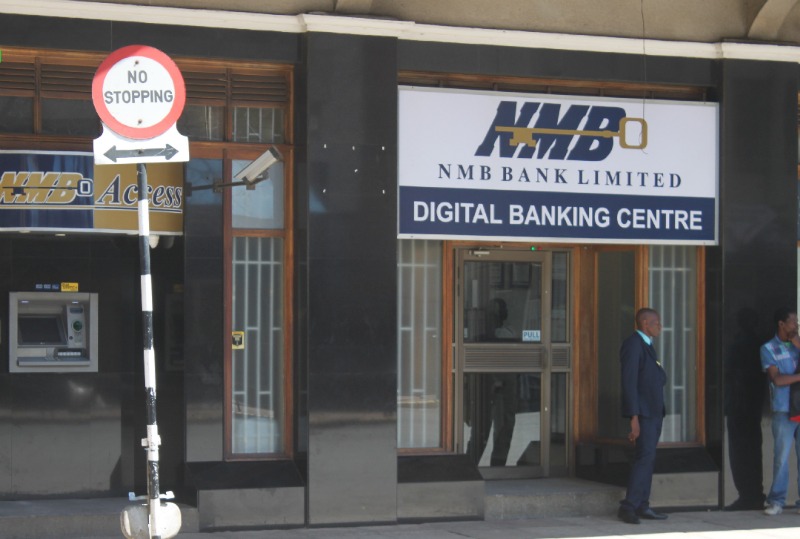 NMB Bank is embroiled in a nasty labour dispute with 26 of its former employees who were dismissed unlawfully.

The 26 have since been reinstated by the National Employment Council (NEC) undertaking before the designated agent.

Aggrieved, the bank filed an appeal at the Labour Court but it was again thrown out by Justice Godfrey Musariri.

On behalf of the bank, NMB head of human capital Pamela Chinhoyi is now seeking to appeal at the Supreme Court arguing Musariri erred in coming up with his ruling handed down on March 22 this year.

Chinhoyi said the bank invoked its common law right to terminate on notice as regulated by the laws.

She said all the dismissed workers were compensated  on three months notice calculated as one months’ basic gross salary plus hardship allowance for every year served upto October 31 2020.

Chinhoyi said despite that the employees approached the National employment council for the Banking undertaking before the designated agent in terms of section 63 (A) of the Labour Act seeking their reinstatement to their positions without loss of salary  and benefits.

The bank also said the group had accepted the terminations and packages hence waived their right to challenge termination.

However the designated agent ruled in favour of the employees  and reinstated them to their former positions.

Alternatively NMB was  made to pay damages in lieu of reinstatement.

Now the bank is seeking leave to the Supreme Court on grounds that the court erred in not finding that section 12 4 (a)  of the Labour Act did not oust the employer’s right to terminate on notice and for the stronger reason, in not finding that the respondents contracts of employment had been validly terminated on notice.

However, the employees argue that the termination of their contracts was unlawful.

“For the avoidance of doubt and despite the vagueness  of the grounds of appeal, respondents categorically deny that the designated agent erred at law in not finding the terminations to be lawful.

“This ground of appeal lacks merit and ought to be dismissed.

“The undisputed fact in this matter is that the appellant unilaterally decided to terminate respondents’ employment contracts of employment on three months’ notice. Such manner of termination is not provided for in the Act and particularly in section 12(4a) of the Labour Act,” said one Ashton Kupara in a response filed on behalf of his colleagues.

Kupara said the position of the law is clear that he who alleges must prove.

“NMB failed to prove that the method of termination it used was sanctioned by law or by agreement. The designated agent did not err in this regard and the ground of appeal ought to be dismissed.

“In any event this ground of appeal does not change the critical finding that the terminations were unlawful and were rightfully set aside,” he charged.

Kupara said they were never given an opportunity to challenge the terminations as the latter were based on a unilateral decision where no consultations were done or platform given to challenge the decision.