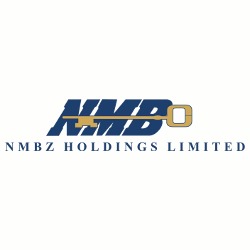 NMB Bank on Wednesday reported an impressive set of results, showing a 128 percent leap in after-tax profit to $3,17 million in the six months to June 30, driven by a broader market segment, cost containment and tighter credit control.
The bank has evolved beyond its traditional high end market to embrace a broader market.
Total income was $28,8 million, up from $23,3 million in the first half of 2014, with 61 percent of that being interest income (65 percent in HY2014).
Fee and commission income contributed more to total income in the first half of 2015, compared to the same period of 2014.
NMB’s total assets grew 20 percent from the end of 2014 to $344 million at the close of the first half.
However, the growth in assets was not matched by the expansion of credit as the bank imposed strict credit management amid worsening economic conditions.
NMB’s bad loan ratio improved to 15.43 percent in the first half of 2015, from 18.97 percent at the end of 2014.
The bank’s liquidity position improved over the six months, with the liquidity ratio standing at 34.56 percent at the close, compared to 32.38 percent in December 2014.
The mandatory ratio, stipulated by the central bank, is 30 percent.Advertisement