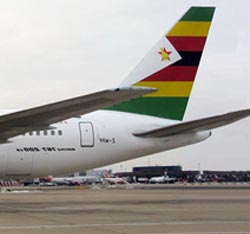 AT LEAST 23 out of 84 state enterprises and parastatals have failed to produce audited results between 2010 and 2013, according to data seen by The Source on Friday.
61 out 84 state enterprises were audited up to 2013 by the Auditor General’s office while 17 were last audited in 2012.
The data also showed that four state companies were last audited in 2011 while  two were last audited in 2010.
The Zimbabwe National Road Authority (Zinara), State Procurement Board, Agricultural Rural Development Agency (Arda) and Zimbabwe Electoral Commission were last audited in 2011 while Air Zimbabwe and online portal Zarnet were last audited in 2010.
Of the outstanding years, there were 54 annual periods to be audited, according to statistics compiled by a consultant for Public Accountants and Auditors Board, Clive Munemo.
“Audited results are relevant if presented timeously for informed decisions to be made in running state enterprises and parastatals,” Munemo told The Source on Friday.
“A such all entities that are lagging behind in terms of audit readiness should be brought up to date for the Auditor-General to be able to express an opinion on their financial status.”
Among the enterprises and parastatals whose books were up to date were Agribank, Allied Timbers, CMED, Civil Aviation Authority of Zimbabwe, Grain Marketing Board, National Railways of Zimbabwe, NetOne, TelOne, ZESA, Zimbabwe Investment Authority, Zimbabwe National Water Authority, Securities Commission of Zimbabwe, Minerals Marketing Corporation of Zimbabwe and Potraz.Advertisement