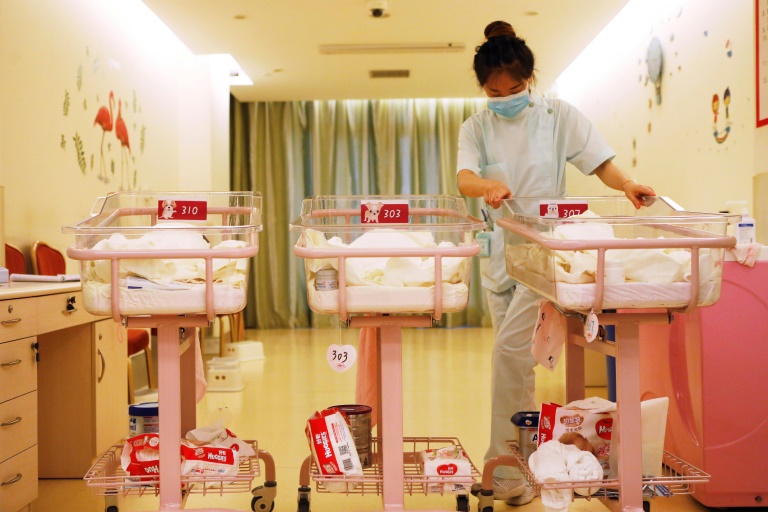 Two Chinese academics have proposed a controversial idea to encourage childbirth as their country faces an ageing population: Make people with no or fewer than two children pay into a “maternity fund”.

The suggestion sparked a furious social media debate in a country whose population has faced drastic family planning policies under the Communist Party, which enforced a one-child policy for decades.

The world’s most populous country is now seeking to rejuvenate its greying population as concerns mount that an ageing and shrinking workforce could slow down its economy, while gender imbalances could lead to social problems.

Beijing loosened the rules in 2016, allowing people to have two children, but childbirths have not increased as much as forecast and there has been speculation the government will further ease restrictions.

The two academics made their suggestion in Tuesday’s edition of the state-run Xinhua Daily, calling for those below the age of 40 and with fewer than two children should contribute annually to a fund that would offset childbirth costs for others.

“When the family has a second child or more, they can apply for relief from the fund as compensation for the income loss the woman and her family sustains during the maternity period,” wrote Nanjing University economics professors Liu Zhibiao and Zhang Ye.

Amongst several other suggestions, including an expansion of childcare options, the authors proposed that those with fewer than two children could withdraw their money at retirement.

One user quipped: “If the government wants to encourage childbirth, why not make artificial inseminations to make us have quintuplets, or authorise polygamy?”

State broadcaster CCTV has also hit back in a scathing online commentary calling the suggestion “unfounded, unreasonable, and inconsistent”.

“It is contrary to common sense and exposes the lack of professionalism of researchers.”

China is also slowly emerging from the shadow of the one-child policy, introduced in the late 1970s to cap population growth. Those with multiple children were heavily fined, and some women were forced to undergo abortions.

But couples have been in no rush to grow their families since the policy was loosened, with 17.9 million babies born in 2016, just 1.3 million more than in the previous year and half of what was expected, according to the National Bureau of Statistics.

Births in 2017 even slipped to 17.23 million, well below the official forecast of over 20 million.