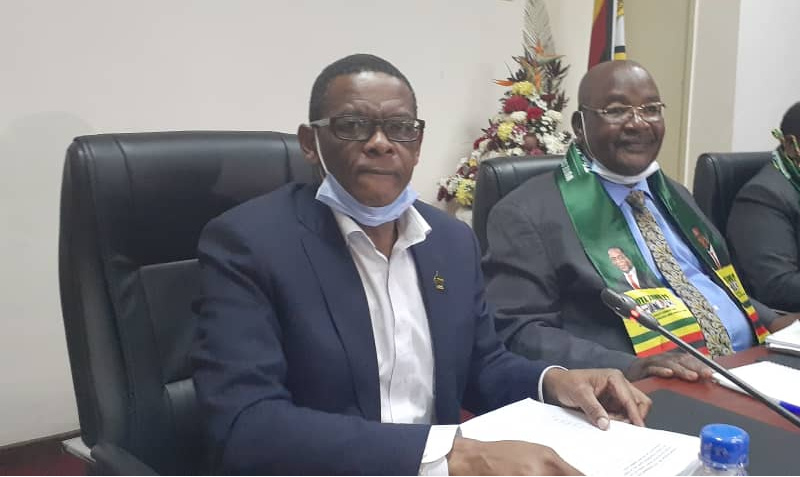 THE visiting South Africa’s African National Congress (ANC) delegation, which Wednesday met the governing party Zanu PF top leadership, has dismissed as false reports that there is an economic and political crisis in Zimbabwe.

“This was actually a wonderful meeting and as we have said, we shouldn’t allow the social media to set the pace and agenda for us in terms of resolving the challenges we may be facing as counterparts,” Magashule said.

“We are committed to self-introspection and renewal of values and we have agreed that at the centre of whatever we do, as liberation movements, there should be our people, the people of Zimbabwe and the people of South Africa. Those people who are still marginalised and poor.”

His comments were buttressed by the Zanu PF secretary for administration Obert Mpofu who added the challenges Zimbabwe faced were being exaggerated by fugitives running evading arrest.

“I just want to say that we discussed the issue of fugitives who seem to be responsible for some of the information that is being peddled out there,” Mpofu said.

“The discussions revolved around the challenges affecting the two countries and the two parties hence the agreement that we meet on a regular basis to address those challenges.”

The ANC secretary-general also called on the West to remove sanctions imposed against Zimbabwe some 20 years ago.

“For Zanu PF and all liberation movements to create an integrated economy in our region, it’s important for us to continue making a plea to the entire world and the US for the sanctions that they are implementing here to lift them.

“We are the first to say we respect the freedom of association, freedom of speech all the basic freedoms which are there universal. We have recommitted ourselves to ensure that we give ourselves time to listen to the views of others,” said Magashule.