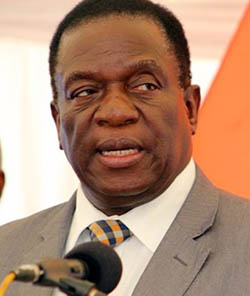 THE Zanu PF-led government has rebuffed appeals by supporters to declare Morgan Tsvangirai a national hero and, instead, offered the former prime minister a state-assisted funeral.
The development was confirmed Thursday by President Emmerson Mnangagwa, disappointing supporters who felt the veteran politician deserved the country’s highest honour after paying heavily through brutal beatings and incarceration in his fight for democracy.
Mnangagwa told media while launching the new CID headquarters in Harare this Thursday that the Tsvangirai family will receive support for the funeral.
“Last night we instructed the Zimbabwe embassy in Pretoria to assist in any manner possible to make sure the body is kept in the correct place and so on,” said Mnangagwa.
“I have discussed with my colleagues what honour we are going to give him. We gave him state assisted funeral. Everything will be taken care of by the state.”
Tsvangirai succumbed to cancer of the colon this Wednesday in South Africa where he was receiving treatment.
Mnangagwa however, paid homage to Tsvangirai for defining the path to democracy for Zimbabwe.
“We felt we have lost a man who made his contribution to this country. It was in the opposition, but he was striving to make sure that there is democracy in the country from his perspective,” he said.
“He has been in politics for very long time; so, our politics is shaped by contribution to this country. We had him as prime minister for a period of five years or so, so it’s very important so it’s very important that we as a government should pay our respects to one of us.”
MDC-T spokesman Obert Gutu said denying Tsvangirai the national hero status does not invalidate his contribution to democracy in Zimbabwe.
“Morgan Tsvangirai, by his deeds, is a national hero,” he said in an interview with NewZimbabwe.com.
“All right-thinking Zimbabweans know and appreciate the fact that Tsvangirai was a resolute, consistent, selfless and passionate fighter for peaceful democratic change in Zimbabwe.
“He is an icon even if Zanu PF government has not declared him a national hero. We all know that he is a national hero. That is all that matters.”
Tsvangirai’s passing comes at a time the MDC-T is torn by a bitter succession row between Thokozani Khuphe, Nelson Chamisa and Elias Mudzuri which could result in another split for the country’s main opposition party.Advertisement