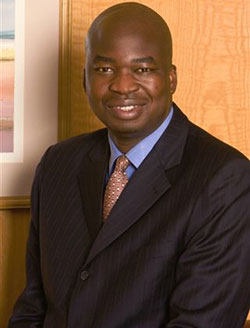 ZIMBABWE does not have a legal framework that governs mobile banking services, opening up the sector to unacceptable practices, a Bankers Association of Zimbabwe official said on Friday.
BAZ president George Guvamatanga told participants at the presentation of results of a survey on the banking sector by a local publishing house that there is a proliferation of banking services that are not properly regulated.
“We are promoting unacceptable practices,” Guvamatanga said.
Zimbabwe’s three mobile phone network operators, Econet, Telecel and NetOne all run mobile money transfer services with the approval of the Reserve Bank of Zimbabwe.
Econet, Zimbabwe’s largest mobile operator, has gone further to launch a savings facility which allows subscribers to hold accounts under its Ecosave service, which is linked to Steward Bank, an institution it wholly owns.
Users can save as little as a dollar on their accounts. Its money transfer service, Ecocash, has over three million subscribers and has handled transactions worth over $2 billion since it was launched in August 2011.
Analysts say none of these services are covered by the Banking Act, adding that the central bank used its discretion to approve them.
“My view is that we do not make clear and straight forward policies. Most of the policies and guidelines give a lot of discretion to the regulator…we need to reduce discretion and implement clear cut policies that are backed by legislation, this will minimise misinterpretation and policy reversals,” said Guvamatanga.
Critics of the banks have, however, accused them of failing to innovate and seeking to use the law to gain protection from technology firms which are encroaching into financial services.Advertisement