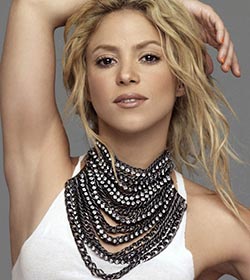 SHAKIRA has admitted her boyfriend has banned her from making raunchy music videos with men – so she had to bring Rihanna in instead.
The Hips Don’t Lie singer told Billboard that her boyfriend Gerard Pique was uncomfortable seeing her writhing around on screen with other men, which was why she got up close with Rihanna in her video for I Can’t Remember To Forget You.
She said: “He’s very territorial, and since he no longer lets me do videos with men, well, I have to do them with women.
“It’s more than implied in our relationship that I can’t do videos like I used to. It’s out of the question – which I like, by the way.
“I like that he protects his turf and he values me, in a way that the only person that he would ever let graze my thigh would be Rihanna.”
Advertisement