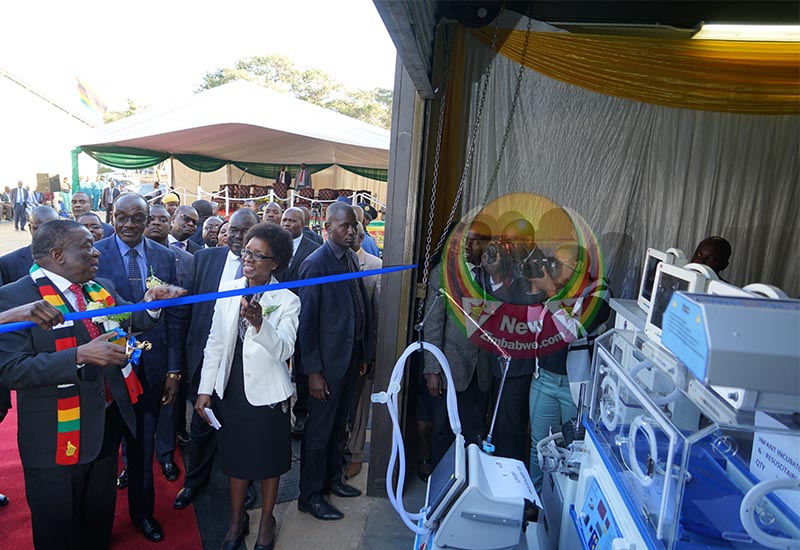 GOVERNMENT is working round the clock to meet demands for availability of medical supplies and machines for all public health institutions, hence there is no need for doctors to embark on industrial action, President Emmerson Mnangagwa has said.

Mnangagwa said this while officially handing over medical equipment and medicines at the state owned National Pharmaceutical Company (Natpharm) in Harare, Monday.

Medical practitioners in the past 12 months have embarked on job action at least three times demanding that government addresses issues of shortages of drugs and other essentials.

While Vice President Constantino Chiwenga initially wanted to use military tactics by threatening to fire all nurses and doctors, Mnangagwa seems to have understood their plight and on Monday pleaded with them to give him a chance to resolve all outstanding matters.

“I have never seen brave people like the group of doctors because no one approached the former President Robert Mugabe the way they approached me. Maybe kundijairira I am an easy target.

“They explained how they operate in their sector. The issue of non-availability of medicines, gloves and other equipment. I was touched and I promised that despite lack of resources, I will source the equipment. That was less than three months ago,” said Mnangagwa.

Mugabe was deposed as President after a military coup in November 2017 before Mnangagwa, who had been sacked as Vice President two weeks earlier, took charge.

The former Intelligence Minister has declared himself “a listening President”.

Mnangagwa claimed his government has thus far purchased over two thirds of all medical equipment and supplies to hospitals which will be coming in batches.

“In excess of 85% of what is needed has been purchased and the first phase of the equipments is what we are celebrating today,” said the Zanu PF leader.

He jokingly added: “However, they should not repeat it (strike). But for this round, I would want to thank them for their courage. It (kit) is going to benefit several hospitals. More are still coming from Abu Dhabi and also from my friend, the President of Tanzania (John Magufuli) who promised to supply everything that is needed for all hospitals.”

Zimbabwe’s health delivery system once the envy of the region in the early years of independence has been reeling from lack of medicines and dilapidated infrastructure as the economic upheaval that has rocked the country continues.