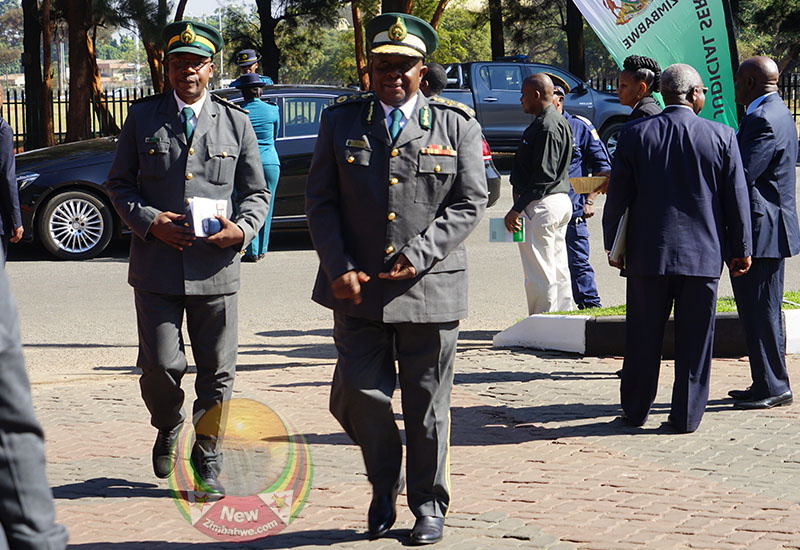 THE relaxation of visiting rules and regulation for prison inmates during what has been dubbed Family Week, does not extend to giving them conjugal rights, the Zimbabwe Prison Correctional Services (ZPCS) said.

“There are rights that are removed when someone has been convicted and sentenced in jail.

“Soon after conviction, prisoners’ rights, rules and regulations are read to him or her, and rights such as having sex with your partner is not there. Just getting convicted means you lose many of your rights that you were enjoying in the outside world,” Kanyezi said.

The ZPCS has announced a Family Week from 19-25 August in which the public is allowed to visit their relatives or anyone in prison.

“We are saying this is a Family Week where you can visit and spend many hours with your incarcerated relatives but we are not saying those with spouses in jail  can come and reignite their sexual relationships,” the ZPCS official said.

Kanyezi added that inmates are also not allowed to speak through mobile phones to those who would not have visited.

“This is the time for relatives to come and have more time with their kin, the issue of mobile phones for now is a non-starter as we rehabilitate inmates,” she said.

“Because once cellphones are allowed it has been discovered that there are people out there who may influence bad behavior to inmates under rehabilitation.”

Kanyezi confirmed however dismissed speculation that sodomy among inmates is rampant.

“I am pleading with relatives to come and talk to their relative and ask if such thing is happening.

“It is actually a crime to sodomise other inmates and if one is found guilty they are sentenced,” she added.

“So there has been so much talk about that but please Family Week can help to diffuse such speculation as inmates will testify to their relatives about their living conditions.”

The programme is in its third year and during this time there are minimum restrictions regarding prison visits.