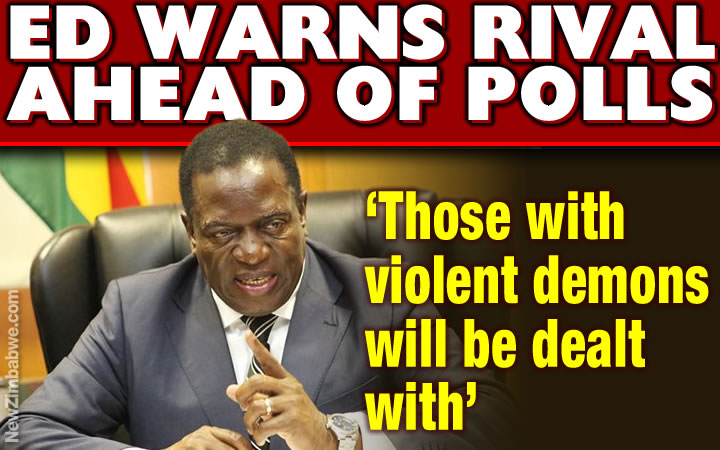 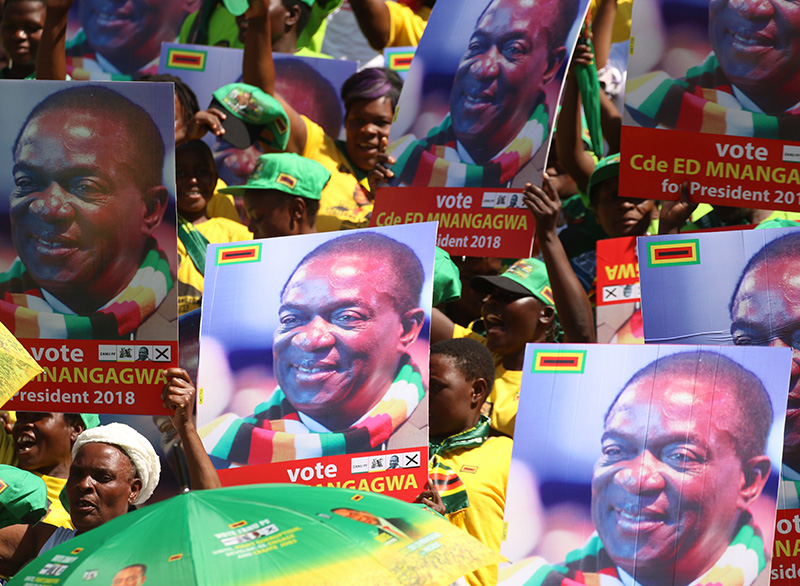 ZANU PF presidential candidate and President Emmerson Mnangagwa has issued a warning to an opposition parties entertaining hopes of social upheaval if it loses the election that it will not be tolerated.

Addressing party supporters at his last campaign rally in Harare, Mnangagwa said he has opened the democratic space for all and what remains is for a peaceful election and aftermath.

“We have freedom and we want peace,” he said.

“Before now we had less than five political parties, now we have over 130 and of these 55 are contesting the elections.

“Of the 55, 23 have presidential candidates. That is freedom and we must not take it for granted.”

He said he had allowed the opposition to campaign in every part of the country.

“Those who want to be violent we say no. Zimbabwe will never allow violence in its communities again,” the Zanu PF leader added.

With MDC Alliance presidential candidate Nelson Chamisa having also declared he will only accept an election result in which he is a winner, Mnangagwa argued the Zimbabwe Electoral Commission (ZEC) must be allowed to do its job.

“We have ZEC which runs elections,” he said.

“It is an independent body and must be allowed to do its work without interference. We know of some opposition parties that want to push ZEC to do things outside the law. We say no.

“No political party or even Cabinet should be allowed to give instructions to ZEC. It is a creation of Parliament and Chamisa was a co-chair of the committee that selected the ZEC Commissioners.”

He said security forces especially the police will be ready to clampdown on anyone bent on “disturbing the peace in our country”.

“Those with violent demons will be dealt with,” he said.

Chamisa has declared he has capacity to make Zimbabwe “ungovernable to the extent that Mnangagwa cannot stop it”.