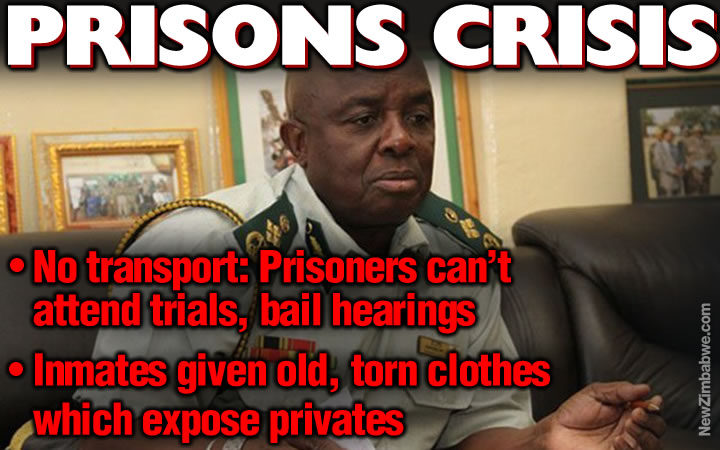 THE prisons department is battling a serious transport crisis which has resulted in inmates failing to attend trials and bail hearings since Monday, it has emerged.

Prisons spokesperson Elizabeth Banda confirmed the development and said the department was working hard to rectify the situation.

“The trucks are broken down and not fit enough to ferry inmates,” Banda said in an interview.  We fear they may escape if we continue transporting them in vehicles which are in a deplorable state.”

Detained suspects have failed to turn up for hearings since Monday resulting in their cases being further remanded in their absence.

Courts affected by the crisis include Rotten Row and Mbare (Harare) as well as Chitungwiza, Norton.

Those privileged to have lawyers sent their attorneys to make various applications on their behalf with some managing to secure bail.

Meanwhile, Banda said most of the department’s trucks are nearly ten years old, adding that some have never been serviced since they were bought.

However, a prison guard who asked not to be identified said the real problem was that the department has no fuel.

“The vehicles are old, but that is not a new subject,” he said.

“The truth is that we do not have fuel. The trucks have been carrying inmates while in bad state for years.

“We put our lives at risk by ferrying them under such circumstances. We have to be extra careful, in case, a truck breaks down along the way.”

Still, the transport problem is not the only challenge prisoners must endure.

Some come to court almost naked, dressed torn prison regalia which exposes their bodies, their including privates.

During trials, detained suspects often reveal that they are barely fed in prisons, adding that there is no medication either including pain killers.

The prisons department has perennially struggled with underfunding by the cash-strapped government.

In the 2017 national budget, finance minister Patrick Chinamasa allocated the department only $3m for inmates’ rations against a request of about $27m.

President Emmerson Mnangagwa recently granted an amnesty to some 3,000 inmates in a bid to ease overcrowding in the country’s correctional services which have more than 18,000 inmates.

The department owes close to $12 million to various service providers for the provision of rates, water, electricity and vehicle hire.

Recently, prisons Commissioner General, Paradzai Zimondi, was served with a law suit by the City of Harare for unpaid rates. ZPCS requires $1 600 000 per month to cater for inmates.