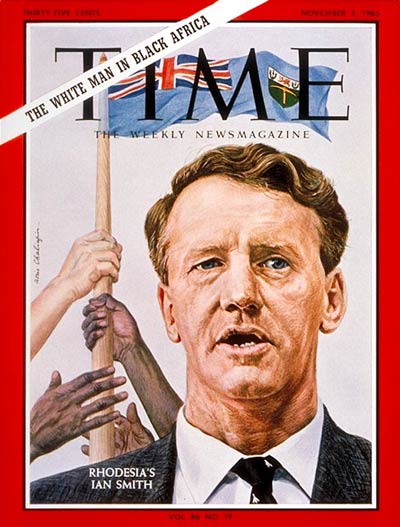 I READ with absolute disgust an article written by T Williams and published on NewZimbabwe.com. It was titled ‘We all miss Rhodesia and Ian Smith’. The writer had high praises for the leader of Rhodesia’s darkest hour, Ian Smith.
The claim that we all miss Rhodesia is the most misplaced embellishment in recent days. The supposition does not match the reality of things. I am especially perplexed by the irony that the writer was a member of the white minority who were minority beneficiaries of oppression.
Surely, he would miss Rhodesia in those circumstances, I would miss it too! But, what was more disheartening about the article was that he had the audacity to assume that black people enjoyed the deprivation of education, economic opportunities, freedom of migration and social inclusion. The audacity of T Williams!
Suffice to say, the writer demonstrated the highest form of insolence for Zimbabwe’s independence and sense of national pride. For that reason, he owes Zimbabweans a genuine apology. In the article, T Williams described Ian Smith as ‘exemplary, hardworking, dedicated and that he helped build a dynamic country called Rhodesia where everyone had access to food, quality life, plenty of jobs and world class cities with a well maintained infrastructure’.
Of course, none of that is true. The million-dollar question is, if things were that cozy and beautiful for all and sundry in Rhodesia, why was there a fight for independence in Zimbabwe and why did millions of black Zimbabweans celebrate our Independence in 1980? The fact of the matter is that the current economic meltdown in Zimbabwe should not necessarily purify the evil which characterized Zimbabwe’s previous invaders.
T Williams also supported Ian Smith’s racist claim that Zimbabwe would never prosper under an all black leadership. By measurement of all logical standards, he was mistaken to reach that conclusion based on the reign of a single dictator. After all, Zimbabwe will not be ruled by Robert Mugabe infinitely. Therefore, it is premature and rigid to conclude that Zimbabwe would never produce an excellent leader capable of transforming the country to glory. By the way, there are numerous fine leaders already.
The problem in Zimbabwe has never been Zanu PF, or the militia, but Mugabe’s singlehanded selfishness and obsession with power. Everyone longs for a better future for the country. The families of most government ministers live outside Zimbabwe. That Mugabe’s daughter, Bona Mugabe, preferred to give birth in Singapore instead of Zimbabwe, confirms that the state of Zimbabwe’s health facilities is deplorable. By the way, maternity costs range from USD600 up to USD1000 in the wretched country.Advertisement

Zanu PF has numerous levelheaded Zimbabweans who are also frustrated by Mugabe’s grip on power. A mere glance at Mugabe’s rallies would confirm my assertion. Mugabe’s followers would be visibly hungry, thirsty and malnourished. They have no option but to participate and attend Mugabe’s rallies or they would risk being labeled opposition members. In rural areas, being a member of the opposition is punishable by serious torture or death or both.
The major cause of factionalism in the ruling party is that numerous members of Zanu PF disapprove that a failed and ailing leader should continue to govern the country after years of successive anguish and gloom. The expulsion of Joice Mujuru in December 2014 is confirmation of the same principle. Suffice to say, those who remain on the side of the despot are either huge beneficiaries of his tyranny or members of his shrinking family.
But, to suggest that Rhodesia was better than Zimbabwe, is to stretch it a little too far. Ian Smith was a horrible man who presided over one of the worst colonial governments in Southern Africa. The highlights of his prejudice speak for themselves. His government deprived black people of any form of education or formal employment. They were also deprived ownership of property including houses, businesses and land. As if that was not enough, black people had to carry a form of identification to be permitted to walk on the streets of their country. No form of dictatorship can overwhelm that.
Of course, Mugabe is solely responsible for the complete obliteration of the country’s economy after Independence but that does not mean that the period before independence was any better. In the end, a man who was part of an evil force is not better placed to carry the voice of the oppressed, let alone to suppose that they enjoyed the oppression itself.