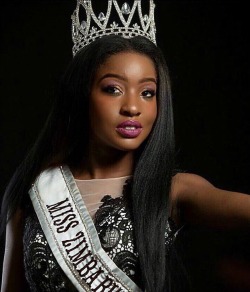 ENTRIES for the 2016 edition of the Miss Zimbabwe USA pageant, which will take place on Saturday 28 May at 19H00 pm in California Los Angeles, are now open.
Organisers said Miss Zimbabwe USA 2016 seeks to crown a young Zimbabwean woman endowed with beauty, intelligence and purpose.
The winner should be willing to support, uplift and assist the Zimbabwean community in the American diaspora and fellow Zimbabweans back home in Africa, according to the organisers.
“The pageant, inaugurated in 2000, has become the most prestigious, most looked forward to and respected event on the calendars of Zimbabweans living in the USA,” a statement from ZimExpo said.
“Since winning Miss Zimbabwe USA, I have become even more involved in my community here in Dallas TX as well as staying involved with my community back home in Zimbabwe,” said Wadzanai Thembani, Miss Zimbabwe USA 2014.
She added, “I was one of the nominees for the Zimbabwe Achievement Awards where I was nominated in three categories and managed to take home one award.”
Tembani said she will be representing Zimbabwe in the Miss United Nations Pageant in 2017.
“I have had the chance to meet several ambassadors from around the world through the United Nations pageant system and also had the opportunity to get featured in the reigning queen’s Tiara magazine,” said Miss Zimbabwe USA 2014 winner.
Organisers said entries should be sent to missziminternational@gmail.com
Advertisement