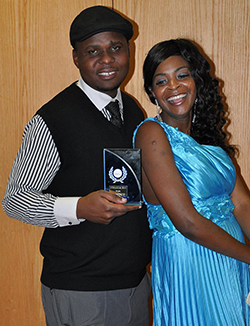 THE Zimbabwe Music and Arts Awards UK (ZIMAA UK) return for the 4th year with a mission to further the Zimbabwean arts scene in the UK with this year’s event set for the end of November.
Since inception in 2011, and following on from the ZimAwards in 2009 and 2010, ZIMAA UK has provided a platform where all artists based in the United Kingdom to get recognition for their achievements from members of the public.
The awards are also open all Zimbabwean artists who have toured the United Kingdom in the past calendar year.
In addition, the acts will also be elaborately reviewed by the judging panel made up of seasoned promoters and credible industry insiders with unbiased minds.
ZIMAA UK has adopted the national flower, the Flame Lily as their insignia.
Explained event spokesperson Masimba Makasi: “The beauty and grace of the Flame Lily stands for all that is good about Zimbabwe.
“Its Latin name “Gloriosa Superba” which literary translates to “Glorious, Superb” represent the aspirations we have for Zimbabwean art to make its mark on the British and International scene in the same way West African arts have crossed into the mainstream.
“In fact, there is much more symbolism to the flame lily that fits into our ultimate objectives for this organisation and UK based Zimbabwean arts”.
This year’s event will be held at the Adams Park Conference Centre, High Wycombe on 29 November 2014 and will feature a 3-course dinner and live entertainment as well as the awards show and after-party.
Tickets have been released on general sale and organisers say they are in the process of assembling an exciting line up of artists.
Commenting on whether the exercise was not merely a popularity contest the organisers said: “We are constantly looking for ways to improve our voting and nominating systems to ensure that every nominee is deserving and that everyone has a fair chance of getting voted for.
“One such way is creating awareness of the event in the press and public domain to ensure every qualifying artist is nominated and voted for by those who believe they deserve to win. Another way is to invest in stricter voting systems which we have done.”
Nominations are currently open until the 3rd of October, they will go through a review process to assess eligibility before voting starts.Advertisement

Previous winners include Shanky, Cynthia Mare, Jane Doka, Nox Guni and many others.
The awards are not only limited to music but also honour art arts sectors life film, fashion, literature, promotions as well as broadcasting and the media.
For further information and to make nominations visit the website www.zimaa.co.uk or write to info@zimaa.co.uk
AWARDS CATEGORIES
Music: Video of the Year

Music: Gospel Artist or Group of the Year

Music: Touring Artist of the Year

Music: Female Artist of the Year

Music: Club and Event DJ of the Year

Film: Film of the Year

Film: Actress of the Year

Literary Arts: Writer of the Year

Promotions: Event of the Year

Media and Broadcasting: Broadcaster of the Year

Media and Broadcasting: Media Group of the Year

Media and Broadcasting: Radio Presenter or DJ of the Year