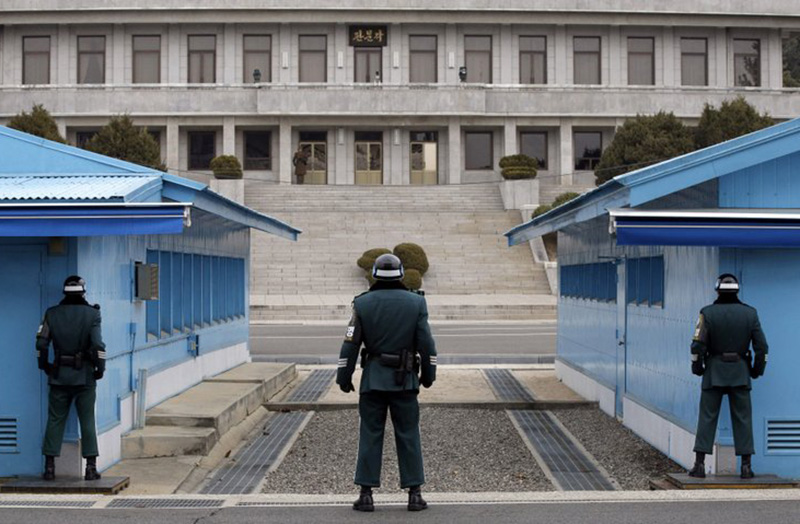 SEOUL: North Korea on Friday said it will deport an American citizen it detained for illegal entrance, an apparent concession to the United States that came even as it announced the test of a newly developed but unspecified “ultramodern” weapon that will be seen as a pressuring tactic by Washington.

The two whiplash announcements, which seemed aimed at both appeasing and annoying Washington, suggest North Korea wants to keep alive dialogue with the United States even as it struggles to express its frustration at stalled nuclear diplomacy.

North Korea in the past has held arrested American citizens for an extended period before high-profile U.S. figures travelled to Pyongyang to secure their freedom. Last year, American university student Otto Warmbier died days after he was released in a coma from North Korea after 17 months in captivity.

It said he told investigators that he was under the “manipulation” of the U.S. Central Intelligence Agency. It was not clear if the North’s spelling of the man’s name was correct, and past reports from Pyongyang have contained incorrect spellings.

A short KCNA dispatch said North Korea decided to deport him but did not say why and when.

The North’s decision matches its general push for engagement and diplomacy with the United States this year after a string of weapons tests in 2017, and a furious U.S. response, had some fearing war on the Korean Peninsula.

The three Americans returned home on a flight with U.S. Secretary of State Mike Pompeo. Weeks after the summit, North Korea returned the remains of dozens of presumed U.S. soldiers killed during the 1950-53 Korean War.

The United States, South Korea and others have previously accused North Korea of using foreign detainees to wrest diplomatic concessions.

Some foreigners have said after their release that their declarations of guilt had been coerced while in North Korean custody. Warmbier and other previous American detainees in the North were imprisoned over a variety of alleged crimes, including subversion, anti-state activities and spying.

The latest detained American is likely a man that South Korea deported last year, according to South Korean police.

In November 2017, a 58-year-old man from Louisiana was caught in South Korea after spending two nights in the woods in a civilian-restricted area near the border with North Korea. The name written in his passport was Lowrance Bruce Byron, said police officers at Gyeonggi Bukbu Provincial Police Agency.

Before his deportation, the man told interrogators that he “knows lots of people in the Trump administration so that he wants to work as a bridge between the United States and North Korea to help improve their ties worsened by Warmbier’s death,” said one of the police officers who investigated the man. He requested anonymity citing department rules.

Earlier Friday, KCNA said Kim observed the successful test of an unspecified “newly developed ultramodern tactical weapon,” though it didn’t describe what the weapon was.

It didn’t appear to be a test of a nuclear device or a long-range missile with the potential to target the United States. A string of such tests last year pushed always uncomfortable ties on the peninsula to unusually high tension before the North turned to engagement and diplomacy.

Still, any mention of weapons testing could influence the direction of stalled diplomatic efforts spearheaded by Washington and aimed at ridding the North of its nuclear weapons.

Experts say the weapon test was likely an expression of anger by North Korea at U.S.-led international sanctions and ongoing small-scale military drills between South Korea and the United States.

It’s the first publicly known field inspection of a weapons test by Kim since he observed the testing of the Hwasong-15 intercontinental ballistic missile in November of last year, according to South Korea’s Unification Ministry.

Earlier this month, North Korea’s Foreign Ministry warned it could bring back its policy of bolstering its nuclear arsenal if it doesn’t receive sanctions relief.

Shin said the weapon North Korea tested could be a missile, artillery, an anti-air gun, a drone or other high-tech conventional weapons systems. Yang Wook, a Seoul-based military expert, said a “tactical weapon” in North Korea refers to “a weapon aimed at striking South Korea including U.S. military bases” there, so the North may have tested a short-range missile or a multiple rocket launch system.

Diplomacy has stalled since the Singapore summit, with Washington pushing for more action on nuclear disarmament and the North insisting that the U.S. first approve a peace declaration formally ending the Korean War and lift sanctions.

But Friday’s report from the North was noticeably less belligerent than past announcements of weapons tests, and didn’t focus on North Korean claims of U.S. and South Korean hostility. Yang said the latest North Korean test won’t completely break down nuclear diplomacy, though more questions would be raised about how sincere the North is about its commitment to denuclearization.

U.S. Vice President Mike Pence, attending a Southeast Asian summit in Singapore, cited the “great progress” made on North Korea but said more had to be done.

A year and a half ago, “nuclear tests were taking place, missiles were flying over Japan and there were threats and propagations against our nation and nations in the region,” Pence said.

“Today, no more missiles are flying, no more nuclear tests, our hostages have come home, and North Korea has begun anew to return fallen American heroes from the Korean War to our soil. We made great progress but there’s more work to be done.”

Pence stressed that U.N. sanctions had to remain enforced.

The North said the test took place at the Academy of National Defence Science and that Kim couldn’t suppress his “passionate joy” at its success. He was described as “so excited to say that another great work was done by the defence scientists and munitions industrial workers to increase the defence capability of the country.”

Last year’s string of increasingly powerful weapons tests, many experts believe, put the North on the brink of a viable arsenal of nuclear-tipped missiles that can target anywhere in the mainland United States.