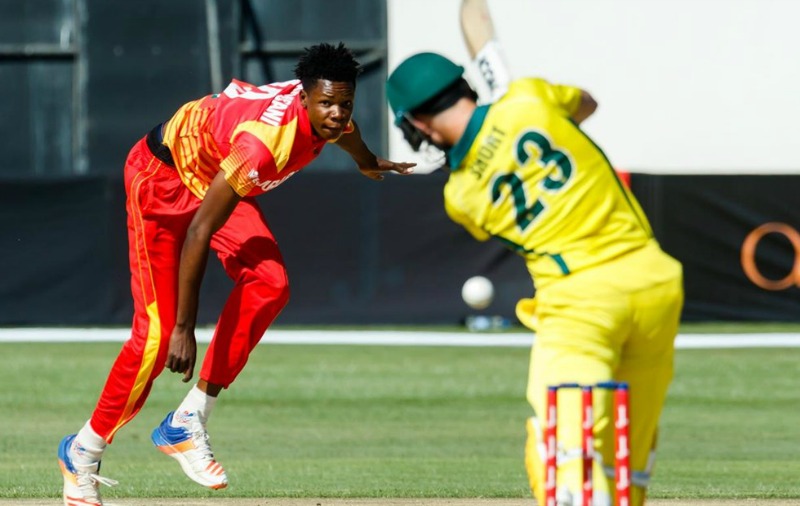 NORTHAMPTONSHIRE head coach David Ripley has described new signing Blessing Muzarabani as a player with plenty of potential, after the English county side on Friday confirmed the signing of the former Zimbabwean international on a three-year contract.

The 21-year-old Highfield-born fast bowler, who last month prematurely ended his international career with Zimbabwe, will arrive at the County Ground ahead of the 2019 Specsavers County Championship, Royal London One-Day Cup and Vitality Blast campaigns.

Ripley said he was looking forward to helping the promising youngster develop his game in England after impressing.

“We’ve been talking to Blessing for quite some time and have been impressed by the way he plays,” Ripley said in a statement posted on Northamptonshire’s official website on Friday.

“He’s got a lot to learn and he knows it, but we’re looking forward to helping him achieve his potential at the County Ground over the next few years.”

Muzarabani, who made his international debut in the historic four-day Test against South Africa in Port Elizabeth last December, had within a short period established himself as one of Zimbabwe’s key players.

He was a regular in the Zimbabwe team throughout 2018, achieving his career-best bowling figures of 4-47 against Afghanistan in Harare a few days before holding his nerve in the final over to secure a memorable tie against Scotland.

Muzarabani also took three wickets for 21 runs in a One-Day International against Australia in July.

A right-arm fast bowler who stands at two metres tall, Muzarabani has committed himself fully to the Northamptonshire cause.

“I’ve come here to chase my dreams. I want to perform and achieve. I just can’t wait to get started.”