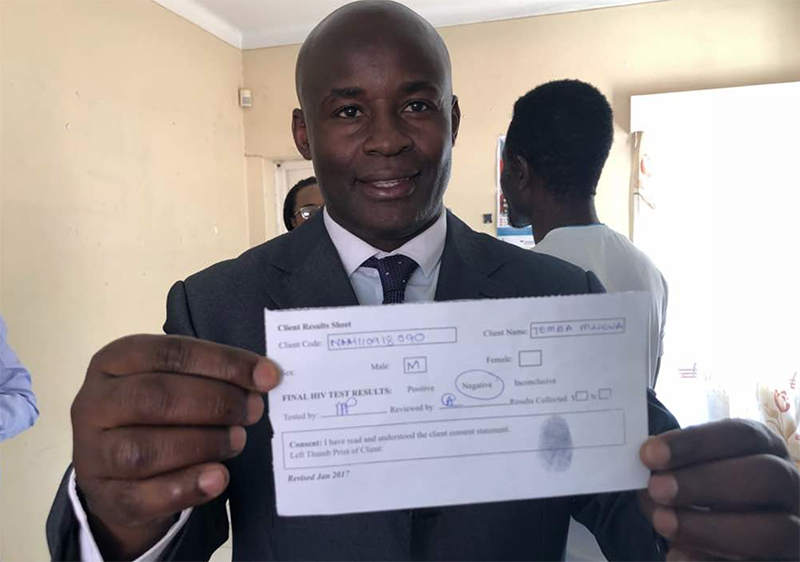 NORTON MP Temba Mliswa went for a public HIV test in Harare Tuesday after social media claims that he was recklessly spreading the virus.

Mliswa said a Twitter user only identified as TindoMai accused Mliswa early August of knowingly infecting a young woman with the virus.

Further TindoMai declared that, “Eugenia will not die because of you!

After the HIV test returned a negative result, Mliswa threatened to sue TindoMai over the allegations.

“I am taking this seriously,” he said.

“She has to prove that I am the one who infected the young girl in question or I will take action over that.”

Mliswa told the media that he does not date young women, adding that anyone younger than his daughter would never be his girlfriend.

“I don’t do young women. My eldest daughter is 27 and any one below that does not qualify to be my girlfriend or sexual partner,” he said.

“I like M-Ones and M-twos or even mothers of three as well, but I will date anyone above 27.

He however refused to be drawn on whether he has multiple partners only quipping “it’s his secret”.

Mliswa said he moves around with an HIV test kit wherever he goes but denied having multiple partners.

“Whether a woman is HIV positive or not after self-testing, this does not stop me from indulging in sexual activities,” he added.

Mliswa urged the public to be responsible, especially those holding public posts.