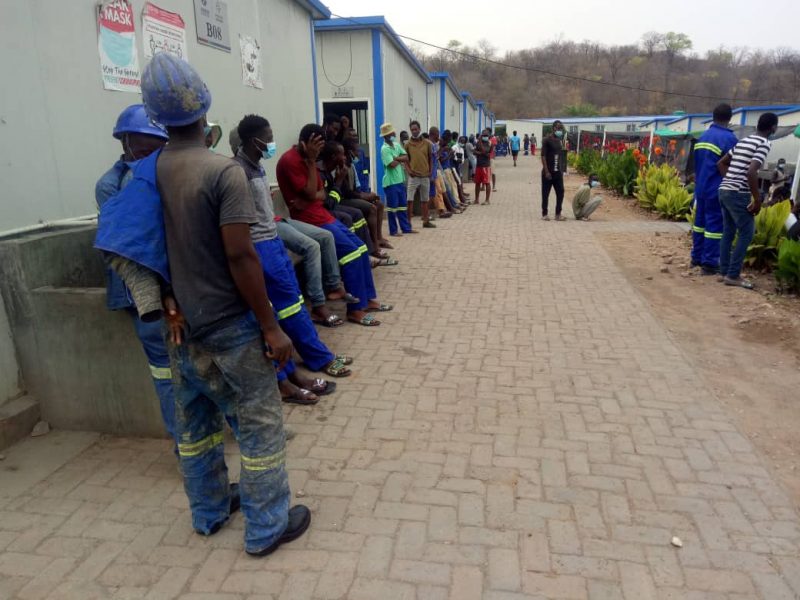 NORWEGIAN Confederation of Trade Unions (NCTU), the largest and most influential labour federation in Norway, has urged Zimbabwe to tap into the vast youth potential and organise such workers who make the majority of the populace.

Speaking to NewZimbabwe.com on the sidelines of the ZCTU’s two days long Young Workers Policy Review meeting which kicked off in Harare Thursday, Olav Andresen, who has closely interacted with the labour movement in Southern Africa since the 1970s, made the call to bring youths on board.

“Youths are quite interested in the trade unions, but they need to be visible enough. Today the youths are not as visible because a lot of young workers are not working and are struggling to find any organization or network which can actually help them. There are a lot of conflicts around the world where people are mobilizing but these are not organized mobilisations and I think trade unions need to take that role as we did in the 1990s,” Andresen said.

“It is important to mobilise the youth as trade unions through reaching out to the youth through communication and training as well as socialising,” he said.

He said despite the challenges which Zimbabwe is going through currently, engagements he had with young workers’ leaders at the meeting shows that they believe in the trade unions.

“The passion and integrity they have in these trade unions from the meetings we had today confirms that there is potential going into the future for Zimbabwe. However, they need to be heard and at a national level, leaders of the trade unions also need to capture that in as far as policy and the broad needs of the youths,” he said.

A UNFPA 2015 study shows that Zimbabwe is currently enjoying a lucrative demographic dividend which is defined as the social and economic benefit that can arise when a country has a relatively large proportion of working-age population driven by declining fertility and mortality.

The report revealed that Zimbabwe’s age-sex population structure is projected to change in the next two decades, with the share of working age population set to rise from 55% in 2012 to 64% by 2032 after entering the window in 2004 amid expectations that it will continue until 2060.

The ZCTU’s head of the national organising department, Michael Kandukutu expressed confidence that the policy review meeting will maximise the existing youth potential.

“Our Youth Policy was updated in 2011 and the current review takes into consideration the dynamics prevailing in the current Labour market environment. These dynamics include the fourth industrial revolution, COVID 19, Labour Market flexibility, and wage theft which is on an unprecedented rise,” he said.