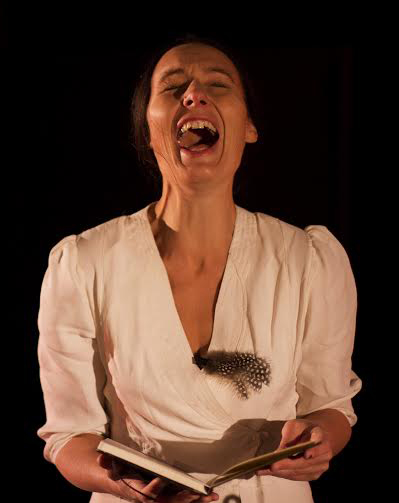 ROOFTOP Promotions, in collaboration with Norway’s Theatre Nova, brings to Harare a play called Guinea Fowl which will premiere at the new Theatre in The Park on the 27th of this month and run up to December 1st.
The play premiered in Norway in November 2013 and was co-produced by Rooftop producer, Daves Guzha.
The Harare production is also being used as a trial run for the new venue pending its final completion by year end.
Organisers say there will also be two workshops with the first one featuring actress and director, Simone Thiss.
The second workshop under the theme Puppetry through paper will see actress and puppeteer Ragni Halle teaching participants how to use paper and other objects to explore “the magic of puppet theatre”.
Halle said the purpose is to teach participants and make inanimate objects come to life through breath, counterweight, visual and physical focus and exploration of the senses.
Guzha said this follows his visit to Norway which helped foster new partnerships.
“This marks the return of productions at the new Theatre in The Park venue and an early Christmas present to all our fans and thespians who, for long, have endured the long wait for the new space.
“For theatre lovers we are having this trail run which will mark the return of theatre in the park and many collaborations with regional and international productions houses.
“Already we have secured three more for the first half of 2016 calendar for our regional and international quota for next year,” he said.
Guzha said the Guinea Fowl staging was being used as a trial run to establish what is needed and what is not working since this is the country’s first purpose-built theatre venue since 1980.
The director of the play, Simone Thiis, said it means a lot for Theatre Nova to come to Zimbabwe with Guinea Fowl because that was where it started.
“In 2012 we went to Zimbabwe for research about Doris Lessing and we met Rooftop Promotions.
“We have had a great collaboration and it feels important to show this play to the people of Zimbabwe because I think it says something about your history.
“Doris Lessing grew up in Southern Rhodesia and her novels are very much inspired by her life there. We feel that this play is made for Zimbabwe and finally we have managed to come.”Advertisement

Simone also said the audience should expect “an introduction to basic puppetry techniques and acting techniques using various objects and text”.
“We will improvise and have fun together as well as it will be hard work,” she said.
“The play can give you some thoughts about who Doris Lessing was and get an idea of her work (novels).
“It can also surprise the audience both in the style of playing, the combining of drama theatre and puppetry and it can, hopefully, give you a bit of a laugh and some thoughts around communism and imperialism in Southern Rhodesia.
“Theatre lovers will not be disappointed. There will also be some juicy stories built up in different scenes that are put together with animation and Zimbabwean musician.”