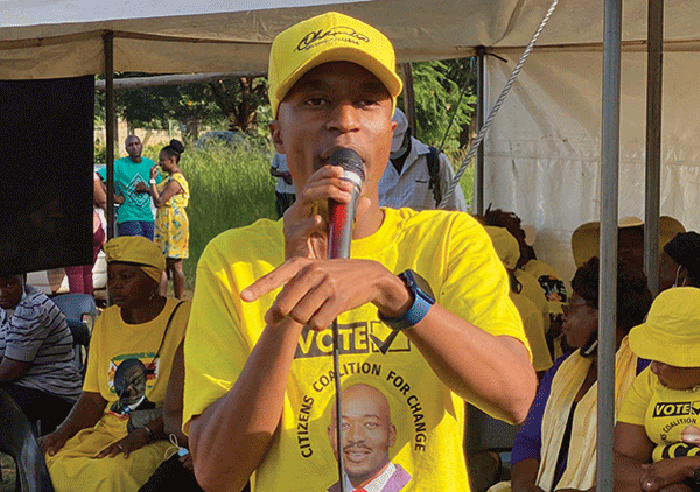 THE Citizens Coalition for Change (CCC) has denied naming a shadow cabinet, clarifying that the team made public Saturday was merely for parliamentary spokespersons.

The clarification followed a storm of social media criticism of the team Sunday.

Critics pointed to the fact that the list was announced after a UK academic who recently visited Zimbabwe and met party leader Nelson Chamisa indicated that the West wanted to know the composition of the government-in-waiting.

Ruling Zanu PF party surrogates claimed that by supposedly acting after Chan’s public remarks, CCC proved that it was a puppet of the West.

In a statement Sunday, deputy party spokesperson said Ostallos Siziba said Chamisa was yet to appoint his alternative government.

“It’s a clear distortion of the facts,” Siziba said.

“The CCC has made parliamentary deployments for representatives to speak on parliamentary issues with specific focus areas including labour, finance, local government, foreign affairs and other portfolios,” he said.

“We have done this specifically to make sure that we have delegated responsibilities and spokespersons on particular issues in parliament. There is no such thing as a shadow cabinet.

“We are going to announce an alternative government, and it won’t just be limited to people who are in parliament but there will be experts who will help CCC to govern in 2023.”

He added; “All other issues, including our blueprints and other documents and who will be deployed where, we will put that out in public in due course.”

CCC was formed in January this year as Chamisa and allies decided to start anew; moving away from the bitter internecine fights for control of the opposition MDC movement and the endless quarrels over the legitimate successor to founding leader Morgan Tsvangirai’s political inheritance.