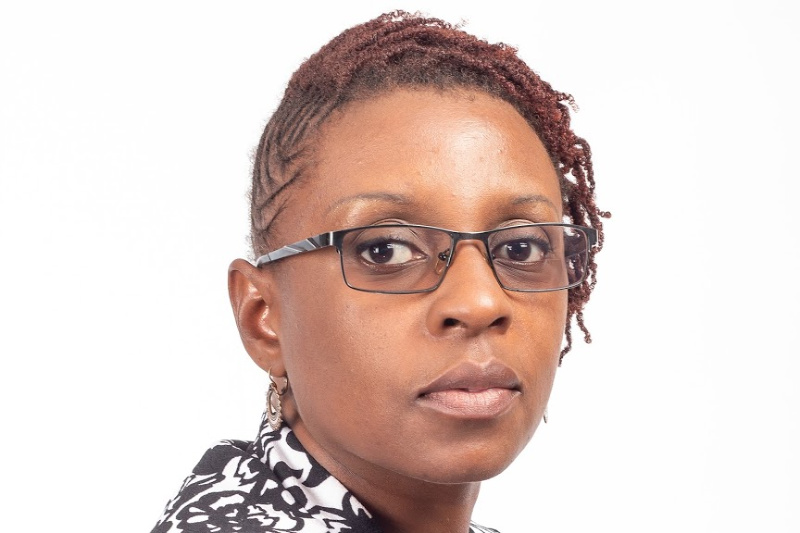 As Zimbabweans we arrive at our 39th year of Independence continuing a conversation that began more than 200 years ago. We are still talking about Zimbabwe’s land. The government has begun compensating white former commercial farmers for the improvements on farms that were taken away from them and redistributed to black Zimbabweans through the land reform programme. This decision has triggered a debate among Zimbabweans that has had various points of view emerge.

Some have said that legally, it is the right thing to compensate farmers because that is what is enshrined in the new Constitution. The argument being that the law must be followed. Others have said the farmers should be compensated so the country can be allowed back into the fold of the international community. The idea being that, we must clean up our image as a country and move on. Others have seen the move as “Realpolitik”, that being “a system of politics or principles based on practical rather than moral or ideological considerations”. In other words, it may not be the right thing to do but it is something that must be done in order for Zimbabwe to regain international acceptance and recover economically. Others feel betrayed by the move and feel that it is tantamount to selling out on the principles of the liberation struggle.

For me all arguments being put forward make sense once they are seen through the Virtual Independence lens. Meaning that if we look at our situation with the understanding that Africans have not yet attained real independence, we can understand why white former farmers are receiving compensation from the coffers of a black Zimbabwean government 39 years after independence.

Those who say that it is right to compensate the farmers because the law says they should be compensated are correct because the law does indeed prescribe that. However when we look through the Virtual Independence lens to examine this view, the question we ask is where did this law come from in the first place? When we follow the historical path of the laws on land and property ownership, a very clear picture emerges. Zimbabwe’s current laws on property rights were first constituted through the Land Apportionment Act of 1937 which assigned title to the white settler community for the majority of the land, while leaving the black people with no rights to acquire or own property. The Lancaster House Agreement, negotiated on the basis of these exclusionary laws, ensured that the rights of the white settler community were protected. It was on this basis that any subsequent legal provisions on land were developed and carried forward in the provisions of the 2013 Constitution. A Constitution developed with huge amounts of funding being provided by western donors for the Government of National Unity’s Constitution making process and for the opposition political party Movement for Democratic Change (MDC).

This shows that the laws Zimbabwe has in place today did not fall from the sky but are man-made. In this case the men that made them did so to protect the rights of the white settler community over that of the black inhabitants of Zimbabwe. The laws require that the black people who have undergone over two centuries of exploitation and oppression must continue to work to pay those who benefited from the oppression and exploitation of the indigenous people of the country.

The second argument, that realpolitik is at work and that compensation must be paid for political and economic expedience are also correct. Again the view through the Virtual Independence lens offers the answer. This move is a practical one and not a moral one. It is practical because the global practice that exists is there to protect the interests of one group, that being western interests over those of others. This system has been in place since the West began acquiring global dominance and has never been informed by any moral considerations.

Realpolitik requires that the interests of all other groups, in this case Africans, are subordinate to those of the West. In fact the Virtual Independence lens will reveal that the Western agenda does not just subdue the interests of Africans but that it continues to exploit them in insidious ways. Looking at historical events and the relationship that has existed over time between Africa, Africans and the west will show that Zimbabwe’s current compensation programme resembles compensation programmes that have taken place throughout history and the world.

Let us begin with the slave trade. After profiting for 400 years from the transatlantic slave trade, the United Kingdom government abolished slavery, effectively banning people from owning slaves in the British colonies. At the time many Britons had acquired vast amounts of wealth from selling the sugar, cotton and tobacco being grown by slave labour on islands in the West Indies and elsewhere. In 1833, after abolishing slavery, the UK government borrowed 20 million pounds, a figure that amounted to 40% of its annual budget, to compensate British slave owners for the loss of their property (the slaves) and income.

In 2015 British taxpayers, many of them descendants of former slaves were still paying taxes towards the compensation of these slave owners. Neither the slaves nor their descendants were paid a single penny as compensation for the centuries they were exploited and oppressed. In fact the British government prides itself on having benevolently “bought” the freedom of all slaves in the empire. Is there a difference between what happened in the United Kingdom in 1833 and what is happening in Zimbabwe today? No. No difference exists.

As was the case in 1833, the discussion in Zimbabwe today is not about compensating indigenous Zimbabweans who had their land and property taken away, but it is about how much compensation white former farmers should be awarded. There are no moral considerations to be made here, only practical ones. The practical thing being to ensure that Western interests remain protected. Opting for the moral option and doing what is just or fair for black Zimbabweans does not conform to the rules set out by the global system that is in place to maintain Western interests. If Zimbabwe fails to conform then the country remains in economic isolation because it has not complied with the prescribed rules of engagement that were set out many decades ago and continue to govern all international interactions.

The story of Haiti’s independence is another illustration of where realpolitik was at work. Haiti was one of the islands where slave labour was used to grow cotton and cocoa by French slave owners. The slaves carried out the first successful slave revolt in history and overthrew the slaveholders. They broke the rules and had to be punished. In 1825, less than two decades after Haiti attained its independence, France returned to Haiti and threatened to invade the island unless the Haiti government began to pay reparations to the French slave owners that had been overthrown through the revolt. This move by France was not just economic but political.

As Dan Sperling points out in his article published by Forbes magazine in December 2017, “Haiti wasn’t just any fledgling nation; it was a republic formed and led by blacks who’d risen up against the institution of slavery. As such Haiti’s independence was viewed as a threat by all slave-owning countries – the United States included- and its very existence rankled racist sensibilities globally. Thus Haiti – tiny, impoverished and all alone in a hostile world – had little choice but to accede to France’s reparation demands, which were delivered to Port-au – Prince by a fleet of heavily armed warships in 1825.” By acquiescing to this demand Haiti gained immunity from French military invasion and a crippling debt with a current value of 21 billion that the country took 122 years to pay.

As we look through the lens of Virtual Independence at Haiti’s story and Zimbabwe’s current compensation predicament we will ask if anything has changed between 1825 Haiti and 2019 Zimbabwe. Again the answer will be no, nothing has changed. Like the Haitian slaves, Zimbabwe dared to break the rules through the 2000 land reform programme. And in doing so threatened the interests of Africa’s real property owners. The very existence of Zimbabwe’s land reform programme has “rankled racist sensibilities globally” in much the same way as Haiti’s slave revolt did. Like Haiti, Zimbabwe will be punished, not with the direct threat of war but through economic sanctions. Zidera demands that compensation be made to white former farmers if sanctions are to be removed.

The final argument that the Zimbabwe government is selling out makes sense if we are under the misconception that the independence we have is actually real. The government, like the Haitians find themselves making a practical choice and not a moral choice. It can be said they are selling out. However, the question is how do you sell something that you did not have in your possession? Independence to do what is morally right has not been ours since the late 1800s. Zimbabwe’s independence is Virtual Independence.

It is at this point that we must acknowledge that our struggle for independence is far from over. African liberation struggles brought us to this point where we have room to continue the struggle for real independence. The liberators brought Africans to a place where they are no longer under physical bondage. It is from this place that we must begin to work for psychological and economic bondage. It is time that we use our minds to deconstruct this global system that continues to shun all moral considerations and protects the rights of one group over ours as Africans. This requires that we begin to break the rules that have been put in place to perpetuate this system. As things stand it is now us black Zimbabweans who are the champions of our own oppression. Clever lawyers, accountants, journalists and politicians with all manner of awards bestowed upon them for their sterling work in upholding the system that oppresses us. All failing to see the bigger picture and obsessed with the details that are put in place to ensure we do not reach Uhuru.

The generations succeeding that of the liberators must now take up the mantle for the next stage of liberation. As Zimbabwe reaches its 39th year of independence, let us begin to plan the next phase in our struggle. This call is to all Africans because no one country can win this battle on its own, a bitter lesson learnt by the brave slaves of Haiti and one we as Zimbabweans are learning now. There is a need for strategy and unity within the continent for us to discard this Virtual Independence and regain real independence.