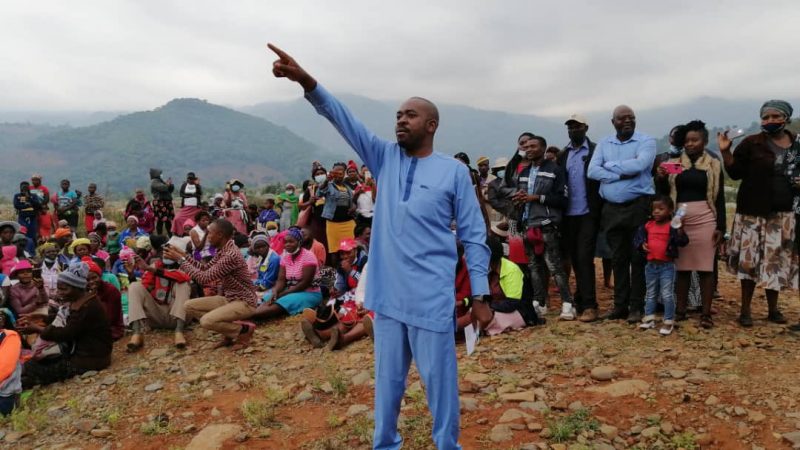 THE MDC Alliance says there is nothing that will stand in their way and stop party president Nelson Chamisa from visiting the Midlands province.

“It’s mere speculative conjecture that President Chamisa is coming to Midlands this week. But he will certainly visit the Midlands province soon,” Zhou said.

“We have also listened to audios that indicate there are plans to block him. Such old stone age tactics are not expected in a country that constitutionally respects political plurality.

“Thuggery, brutality, and callousness are not hallmarks of a democratic society in the fast-moving world of the 21st century. Although we may belong to different political parties, we must embrace each other and have a shared vision of sustainable development of Zimbabwe.”

Zhou added: “We are all citizens of Zimbabwe that must settle our differences in a rational and more humane manner. Our ability to think in a rational manner must separate us from thugs and animals, and collectively  build our country through tapping our human and natural resources across the political divide.”

Chamisa has been on a whirlwind tour of the rural areas drumming up support ahead of the 2030 elections.

However, his “Meet the People” tours have been disrupted in Masvingo, Manicaland, and Mashonaland West provinces with his motorcade stoned while party supporters have been attacked by Zanu PF members.

Zanu PF leadership has accused Chamisa of forcing villagers to attend his meetings.