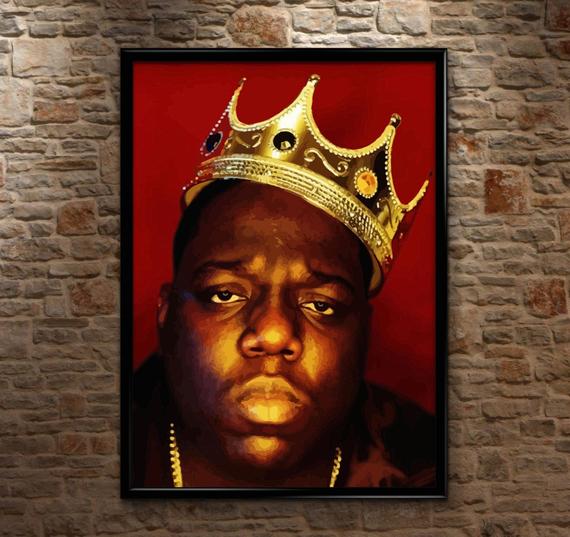 The crown worn by the Notorious B.I.G. in his last recorded photoshoot has sold for almost half a million pounds.

The “King of New York” portrait may be famous now, but not everybody thought it would hit the heights it did.

Diddy, who was Biggie’s label boss and was with him at the shoot, was reportedly worried it looked more Burger King than hip-hop king.

The crown was signed by photographer Barron Claiborne and Biggie – who was shot dead on 9 March 1997.

Sotheby’s senior specialist Cassandra Hatton told Reuters the crown “is one of the most recognisable symbols of hip-hop”.

The Tupac letters were sent to Kathy Loy during a two-month relationship at the Baltimore School for the Arts in the 1980s.

In them, Tupac declares his love for Kathy, and writes about coming to terms with her calling off their relationship, including a letter of regret sent a year later.

There were sweet sign-offs such as: “Love, Tupac”, “4 Eternity, Tupac”, “With Passion, Tupac”, “Forever Yours, Tupac” and “With All My Heart, Tupac”.

The letters also reveal the rapper was often insecure and feared rejection.

“I just want to be less sensitive and less of a pest…what I am feeling has to do with my insecurities, and I have to handle that on my own.”

Tupac was killed in a drive-by shooting in Las Vegas in September 1996, aged 25.

A portion of the money from the auction will be donated to charities for community projects in New York.