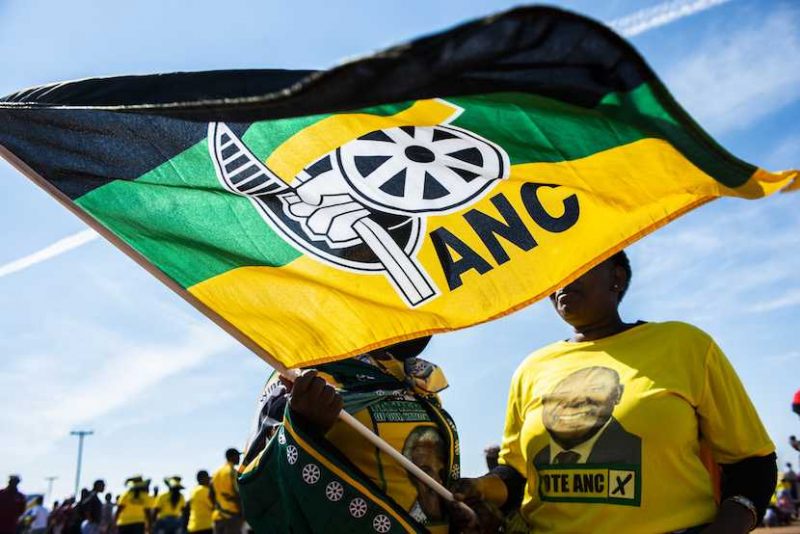 THE recent municipal elections are a lesson to all genuine ANC members.

Rampant corruption and incompetence will no longer be rewarded, ignored, or accommodated. South African voters have had enough of the malaise of corruption and mismanagement of the economy.

Most ANC councillors are no longer trusted, after they bankrupted several municipalities: Madibeng in the North West, Emfuleni in Gauteng, Mogalakwena in Limpopo, Harrismith and Maluti a Phofung in the Free State, and many more.

There has been no consequence for the mayors, municipal managers, and accountants responsible for this maladministration and large-scale looting. They still walk free, thanks to the incompetence and paralysis of South African police management. Crime pays in South Africa.

With ANC support below 50% of those who voted in the 2021 municipal elections, one must also consider that an estimated 70% of the electorate simply did not vote.

It is disenchantment with corruption inside the ANC and low confidence in the opposition parties that led to such an appallingly low turnout of voters. What happened, for 70% of the electorate not to have bothered to vote?

A big question of “why?” hangs over this election. Most people attribute it mainly to ANC supporters not prepared to vote for corrupt ANC councillors and mayors, with no hope of providing competent municipal services.

This indicates also that ANC supporters were reluctant to vote for opposition parties.

It is always an emotional crisis knowingly to vote for crooks just because they are dressed in your party colours. The truth of the matter is that the ANC is still captured by crooks throughout the country.

The Guptas, the Watsons and other nefarious families still control the ANC. The drop in voter support is a sign to the ANC that unless it cleans up, it will sink and be voted out of government in the next general election.

It will be a positive step forward if ANC can act decisively against corruption, removing all corrupt municipal officials from office, but for now, this is a pipe dream and appears unrealistic.

Ramaphosa was voted in with the hope that he could clean up the ANC, the state and government. The jury is still out on whether he has what it takes.

Does Ramaphosa have the will to clean up the ANC? Or is Ramaphosa held handcuffed by the crooks to a level where he is paralysed? Only time will tell.

But one thing is clear: if we reach the 2024 general elections with the ANC as corrupt as it is now, the party will lose the ability to govern. The signs are there for those with eyes to see.

As we await the report of Deputy Chief Justice Raymond Zondo’s commission of inquiry following the revelations by the former Prasa chief executive officer, Lucky Montana, on how state-owned enterprises have been milked by various ANC ministers in the past to support ANC projects, it is now clear why the ANC cannot afford to pay the salaries of its own staff members.

The ANC is historically an organisation of volunteers; it was never meant to support lavish lifestyles for its members or leaders. In the apartheid era, the ANC was more about service to the people than splashing wealth all over the place, such as at the Guptas’ infamous wedding at Sun City.

ANC Treasurer-General Paul Mashatile must go back to the drawing board on how to fund the ANC in a sustainable way. How many salaried employees does the party need at its various offices?

How many salaried employees can Luthuli House feed without relying on rampant corruption and sucking on the state-owned enterprises such as Eskom and Prasa?

The bankruptcy of state-owned enterprises has led to ANC bankruptcy — all these exposures thanks to Deputy Chief Justice Zondo’s inquiry commission. Accountability is beginning to rear its head.

The time for free looting, without consequences, is gradually being phased out. The ANC has to smell the coffee. Now is the time for renewal or extinction.

The ANC has lost elections because of corruption and incompetence, not because of its policies. ANC policies remain sound, but corruption, incompetence and failure to implement the policies have led to this decline in support.

It will get worse unless something dramatic happens in ANC policy before the 2024 general elections.

The elections were for the ANC to lose rather than for opposition parties to make inroads. None of the opposition parties has better policies for the country. It is thanks to rampant corruption inside the ANC for their increase in seats.

The rot inside ANC is its single most effective own goal and is responsible for the decline of support in all provinces. If the causes of the decline in support are ignored and not addressed, this will lead to the ANC losing power in the next general elections.

To rescue the ANC will need implementation of the recommendations of the Zondo commission report, the appointment of efficient police management, a competent National Prosecuting Authority and Special Investigating unit and — last — internal electoral reforms inside the ANC.

The introduction of One ANC member One Vote for electing leaders will bring about lateral transformation inside the party and initiate the process of renewal.

Internal cleaning of the ANC can only begin after the scrapping of the branch delegate conference format for electing leaders, in which delegates representing 2% of ANC members elect leaders for the 98% of members left at home, with the 2% of delegates wide open to corruption and bullying. This is the critical stage for ANC capture.

Unless it scraps the branch delegates conference format, there is no hope of rescuing the ANC in the short term.

Let the members decide, not delegates. Democratic reform is the key.

Omry Makgoale is a rank and file member of the ANC. These are his personal views.