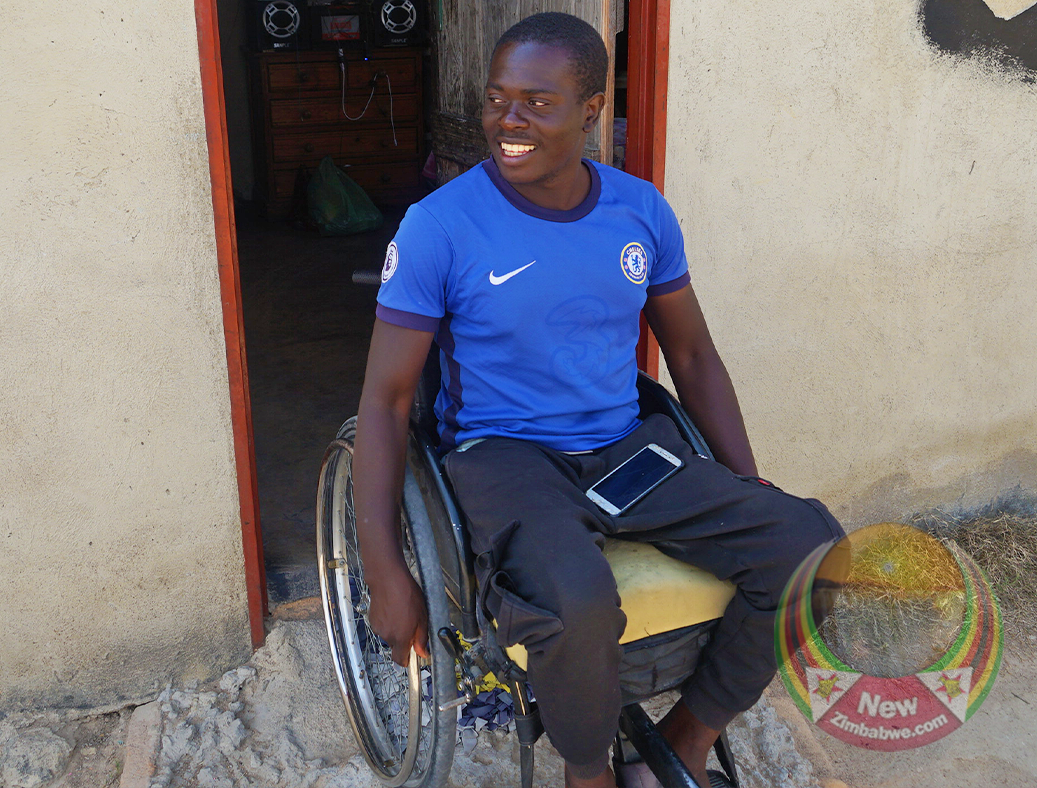 It was a case of being at the wrong place at the wrong time. In January 2019 when Pardon Chitongo (26) from Epworth woke up early in the morning just like any other day unaware that before the day would end, he would be a victim of police shooting.

As a kombi driver, he was supposed to be at work as early as 6am.

He dashed towards Munyuki Shopping Centre, not knowing this would be the last day he was going to be able to stand on his own two feet.

As he approached the shops, the unusual prevailed.

Whereas vendors would be expected to be arranging their stalls, many were reluctant to display their produce whilst some were busy packing their stuff ready to go home before the start of business.

This surprised Chitongo who was not even aware that they were planned national stay away protests against fuel price hikes.

Instead of going back home, the kombi driver decided to hang around with his friends.

In the blink of an eye, the ZRP anti-riot squad flooded the area, ordering residents to disperse.

Chitongo, along with a group of other residents, fled and sought refuge at his uncle’s place of residence, which was close by, waiting for the melee to subside.

Police then invaded the suburb and started randomly shooting at the unarmed public and in the midst of conflict, chaos and confusion Chitongo was shot.

A bullet pierced through his body fracturing his right forearm, before making its way through his stomach via the back and grazing his other arm.

This poignant moment was life-changing for the worst.

For two days as he battled for his life, unconscious in the intensive care unit at Parirenyatwa Group of Hospitals, the youthful lad was not aware of the bleak future that stared down on him. 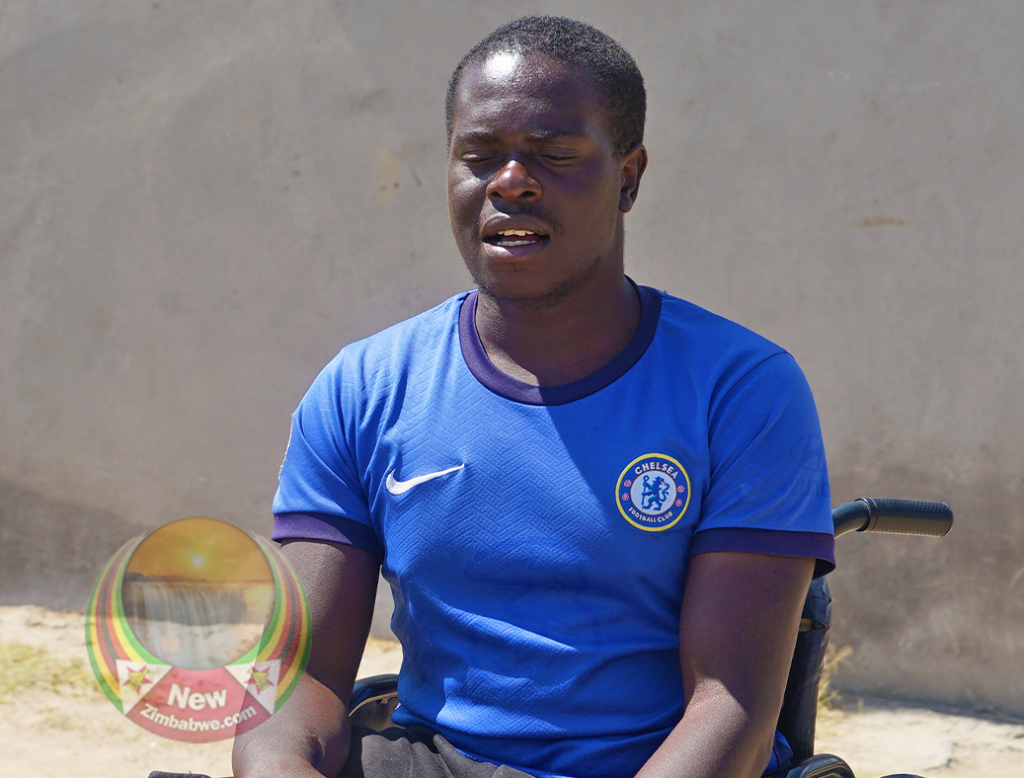 Oblivious of the fact that a bullet had torn through his body, Chitongo’s last memory before blacking out was glancing at his bleeding right hand.

The bullet did not only slither through his body, he lost one of his kidneys in the process. His backbone was damaged resulting in permanent paralysis from the waist down.

Despite nerves on his right leg feeling a touch or graze, the limb is practically dead.

“I feel a lot of pain in my testicles, on the thigh and butt joints and under my right foot. I cannot describe the pain but that’s my life everyday. This is what stresses me the most because I’m literally in pain all the time,” he told NewZimbabwe.com.

Chitongo now relies on pain killers to ease the affliction he endures day in and out.

The tragic shooting resulted in him failing to fend for himself and family.

Jobbing as a commuter omnibus driver requires a full bodied person, and his current predicament has made his lifestyle more expensive.

In one month he requires medication not less than US$100. The painkillers alone cost US$60.

Chitongo is now wheelchair-bound and has to attend physiotherapy sessions in Chitungwiza three times a week.

Coupled with the failure of public transport to cater for persons with disabilities, and unable to afford hiring a private vehicle, Chitongo finds it difficult to navigate to and fro to his sessions on time. 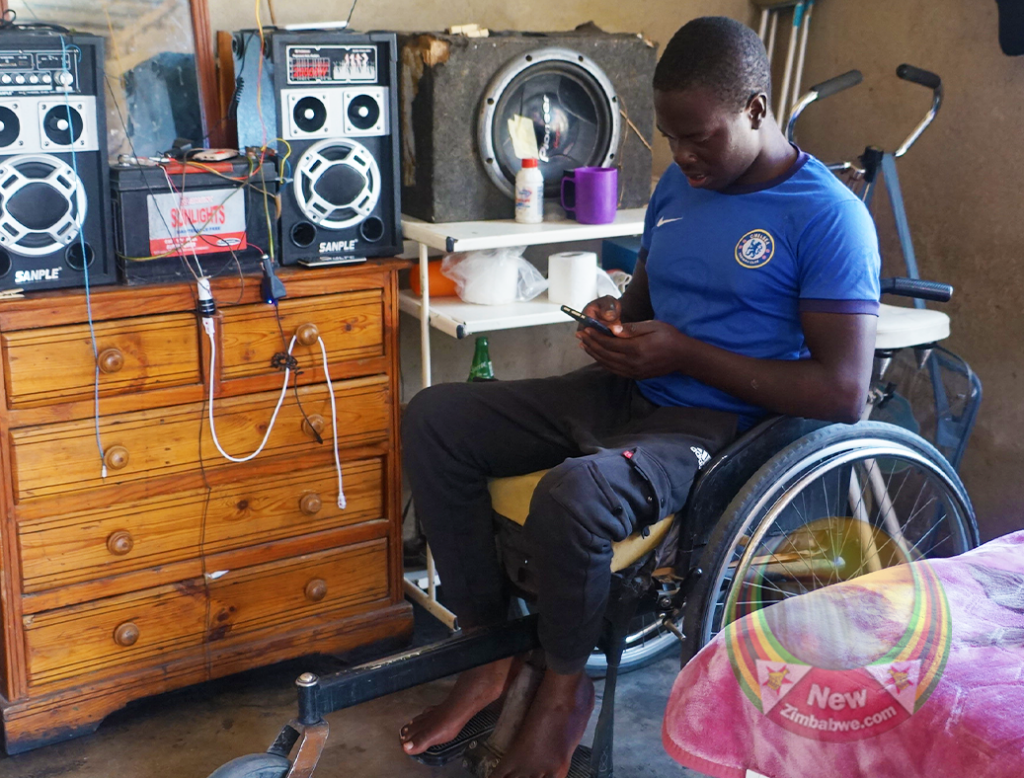 “I find it difficult,” he said.

“Public transporters are not comfortable with transporting me. They say you delay us because of your wheelchair. Some tell me that their vehicles are not friendly for my condition and at times I end up being late for my physiotherapy sessions,” Chitongo added.

Besides, his old rickety wheelchair now needs repair, or at least replacement.

At home, Chitongo relies on his neighbour’s toilet as his father’s is not user friendly.

He also lives on handouts from well wishers for his clothing and medication. On a bad month, he goes through it with no pain killers making his life unbearable.

Chitongo had dreams to settle down, start a family and own a piece of land just like many young people in Zimbabwe.

“When I was still a kombi driver, I could afford to save at least US$5 from the errands I would have done and from my earnings,” said Chitongo.

His savings have been depleted because of the tragic situation which befell him.

It is his dream to own a business so that he can self-sustain.

“I am passionate about hardware and if there is someone who can assist me to open a shop so that I stop depending on handouts for survival.

“I still feel that I have to do something for the upkeep of my siblings because my father at times gets overwhelmed by responsibilities.

“Its good to be self-reliant. I believe I can still work for myself even when I cannot walk anymore. I just need help to start a business and get over this,” he lamented.

He was awarded ZW$3 million after a hard legal battle in which the police denied the accusations, and laid the blame on the Zimbabwe National Army (ZNA).

The High court, however, ruled that all evidence pointed to the police officers as the perpetrators adding there was no justification for shooting Chitongo.

The money translates to only US$3 750 at the current interbank rate.

He feels this money was not enough compensation considering how his life was turned around.

“I am yet to get the money and I don’t know when I will be paid. With the way things are going and ever changing economic policies, it is likely that the money will be eroded by inflation before I even get it,” Chitongo said.