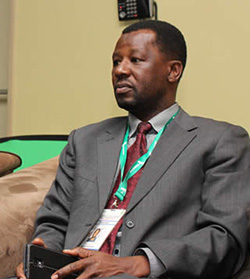 HARARE: Struggling National Railways of Zimbabwe has purchased 31 wagons worth $2,9 million from China to replace part of its ageing fleet, transport secretary Munesu Munodawafa said on Friday.
NRZ, the country’s sole railway services operator, has failed to run profitably for years due to undercapitalisation and ageing rolling stock. The new wagons will be commissioned in Bulawayo in the first week of November, Munodawafa told The Source.
“The wagons are 45 tonnes each and they will certainly increase capacity,” said Munodawafa, declining to give further details.
The parastatal has 3,500 operational wagons for moving cargo but most are ageing or in a state of disrepair.
NRZ has performed poorly in recent years, and has incurred losses of over $200 million between 2009 and 2013.
Its 2014 accounts showed that its freight unit was generating annual revenue of $91,2 million, but incurring costs of $103 million. The passenger unit had annual revenues of $3,2 million, with costs over three times more at $10,9 million.
The parastatal has said it requires $2 billion to fully recapitalise.
At its peak, NRZ employed about 20,000 workers and moved 18 million tonnes of freight annually. NRZ now moves less than 100,000 tonnes per week, as a result of the collapse of industry collapse and poor rail infrastructure and has 5,700 employees.
NRZ is one of the 10 state enterprises targeted for reform by government and its revival is seen as crucial to the revival of the local industry.
Speaking at ZimTrade exporters’ conference on Thursday, central bank deputy governor Kupukile Mlambo urged government to resuscitate NRZ to promote exports and ease of doing business.
“To move goods from Zimbabwe to export centres; we need a good infrastructure and our infrastructure has deteriorated over the last years, so we need good railroads. We need a functioning NRZ and so on. We are the most expensive country in terms of financing exports because of our infrastructure,” said Mlambo.Advertisement