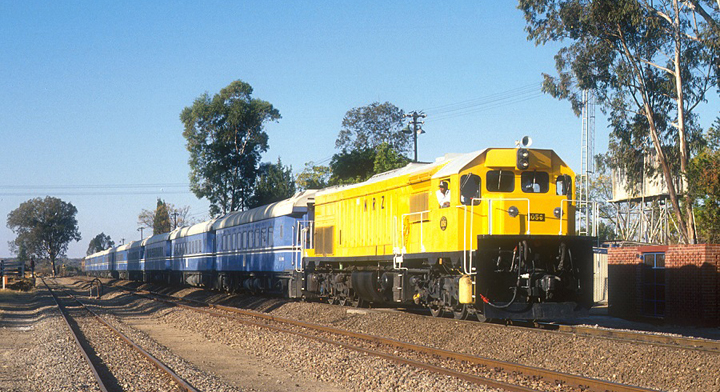 ZIMBABWE’S struggling state railway company has slashed salaries by up to 50 percent as it continues to face viability challenges amid declining business volumes and charges of mismanagement.
The state of affairs at the troubled parastatal, which has incurred losses of over $200 million between 2009 and 2013, mirrors that of most of the country’s 91 state run enterprises which have been poorly run contributing to further deterioration of the southern African nation’s economy.
In a memo to the company’s management seen by The Source, National Railways of Zimbabwe (NRZ) general manager Lewis Mukwada advised of the salary cuts, which he terms new “predictable net salary levels, ”adding that a recent strike by company employees which went on for nearly three months from March had added to the company’s financial problems.
NRZ owes workers over 15 months’ worth of unpaid salaries, amounting to a total of $87 million.
“Whilst there has been some additional tonnage due to the maize and sugar cane traffic, the challenges facing the organization still persist,” reads memo.
“The improvement in volumes moved is therefore not yet at the level which can sustain the current predictable salary. In an effort to ensure that employees are paid a salary every month it has been found necessary to review the predictable salary levels.”
The highest salary grade would receive 40 percent of their salaries, while the lowest would get 50 percent of their current earnings with effect from July 2016, the memo showed.
“It’s a not a new thing but a principle that we adopted early this year. NRZ pays workers in batches depending on the income that the organisation would have generated,” acting public relations officer Martin Banda told The Source.
“We pay them according to what we would have generated for that particular period and then settle the balance later after getting the money.”
A report by the Auditor General on NRZ’s 2014 accounts showed that its freight unit was generating annual revenue of $91,2 million, but incurring costs of $103 million. The passenger unit had annual revenues of $3,2 million, with costs over three times more at $10,9 million.
Figures from the national statistics agency also show a pattern of continued decline in revenue from $112 million in 2010 to $75, 8 million in 2014.Advertisement

In May government indicated plans to cut the NRZ workforce, which stood at 6 547 in 2013, by 70 percent to match the company’s low reported capacity utilisation of around 30 percent.
The NRZ is one of the 10 state enterprises targeted for reform by government.
The government’s commitment to reforming the poorly performing state owned firms has, however, been called into question following revelations that under-funded ministries are preying on the parastatals due to lack of financial support from Treasury.