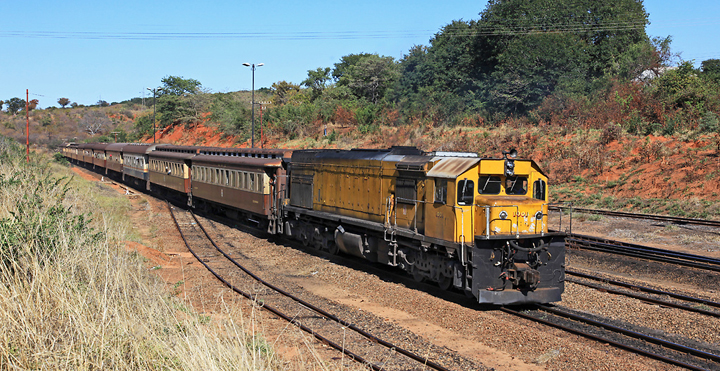 THE National Railways of Zimbabwe (NRZ) has rejected blame for some 30,000 tonnes of wheat reportedly stuck at Beira in Mozambique at a time the country is battling bread shortages.

According to the Grain Millers Association of Zimbabwe, some 179 rail wagons laden with wheat were stuck across the border with the NRZ allegedly failing to bring them into the country.

The association claimed to have recently imported some 30,000 tonnes of the cereal.

However, NRZ spokesperson Nyasha Maravanyika, said the parastatal is not responsible for the claimed delays.

He said the parastatal only operates from Machipanda, which is just across the border, adding that the Mozambique rail authority is responsible for ferrying cargo from Beira.

“Our interchange point is Machipanda into Zimbabwe, transportation from Beira to Machipanda is not our duty.”

“They (Mozambique rail authority) used to bring the wheat to Mutare but after realising that they were facing challenges we resorted to picking it up at Machipanda.

“Our delivery is dependent on traffic between Beira and Machipanda such that if the Beira-Machipanda train is consistent we can easily manage the 50 wagons per day we agreed with the Grain Millers Association.”

“Sometimes there are erratic weather conditions at Beira such that when it is humid and moist it cannot be easily transported; the challenge is that if we are take the risk of transporting the same people will end up say we are failing,” added Maravanyika.

Revelations by GMAZ chairman Tafadzwa Musarara that local wheat is not suitable for baking bread and does not last for a month mean that Zimbabwe might be in this crisis for some time if the NRZ and its Mozambican counterpart fail to find a solution.

Zimbabwe consumes about 1,9 million loaves per day, translating to about $12,5 million per month for wheat imports.