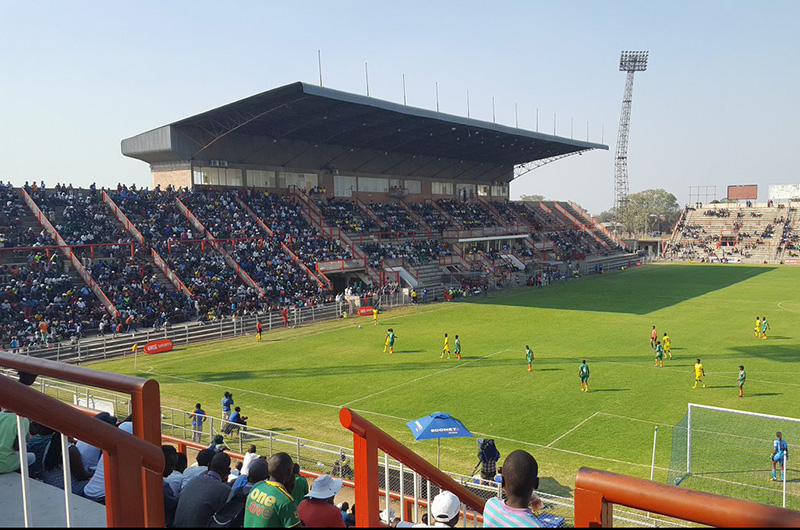 Not up to standard...Barbourfields Stadium
Spread This News

ZIMBABWE is fighting a losing battle in its bid to have its main stadiums approved to host international matches after the Confederation of African Football (CAF) yet again condemned the National Sports Stadium and Barbourfields following last month’s inspection of the facilities.

The continental football governing body made inspections on the two facilities last month before ruling that even after preliminary improvements that have been conducted, the two facilities still fail to meet minimum standards to host senior men’s football competitions.

The inspection done in March was meant to provide ZIFA and stadium authorities with guidelines on areas that require attention before the final round of inspections scheduled for June and July 2020.

In its update on the state of stadiums after CAF’s latest inspection, ZIFA revealed that both the National Sports Stadium and Barbourfields stadium were still barred from hosting senior men’s competitions, but they are approved to host youth and women’s competitions.

“Government and Bulawayo City Council have been notified of the recommendations made by CAF inspectors, and the urgent need to attend to issues raised cannot be further emphasised,” ZIFA spokesperson Xolisani Gwesela said in a statement.

“If work on recommendations is complete, ZIFA will invite CAF to conduct another inspection between 15 June and 20 July to determine whether or not we can play senior men’s competitions at home,” part of the statement reads.

ZIFA said its local inspection team would be conducting regular inspections at the two facilities.

“Our local stadium inspection team, the First Instance Body (FIB) will conduct weekly inspections to ensure that refurbishments at National Sports and Barbourfields Stadiums are in line with the expectations of CAF and FIFA. We sincerely appeal to all stakeholders involved to expedite the process of upgrading our facilities to the required standard so that we avert the grim possibility of playing our home matches abroad.”

Following CAF’s ban of local stadiums, Zimbabwe were recently saved from the embarrassment of hosting their 2021 Africa Cup of National qualifier Algeria in South Africa after the matches were suspended due to the coronavirus pandemic.

After the reprieve, authorities have continued to work on uplifting the stadia although they have been forced to trim their workforce involved in the refurbishment due to the coronavirus outbreak.