THE National Social Security Authority (NSSA) has defended the recently increased US$30 monthly pension payouts, saying the rates are far much better than what is paid by most countries in the region.

The remarks come shortly after the social security authority increased pension payouts by up to 50% this month amid plans to progressively adjust the rates in subsequent months subject to affordability and sustainability to cushion pensioners from price increases.

To this end, NSSA has reviewed the Pension and other Benefits Scheme and the Accident Prevention and Workers Compensation Scheme (APWCS) with effect from August 1 2022.

The latest increase translates to a minimum retiree pension widely received by most pensioners of ZW$24 000 which is just equivalent to US$30 per month,  with the APWCS receiving just ZW$30 000, which is an equivalent of US$37,50 .

Commenting on the latest increases, Zimbabwe Congress of Trade Unions (ZCTU) national organising secretary, Michael Kandukutu, described the current payout as a “mockery” of the sacrifices made by retired past members. 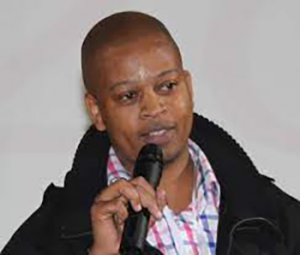 “It is my considered view that NSSA should also be looking at such things as the Poverty Datum Line,” he said.

“Pensioners are also economic beings subject to the economic dynamics of the day. A pension is a deferred salary which the pensioner could have enjoyed in his working life.

“However, for the purpose of safeguarding life after work, the pensioner deferred that part of his or her salary, which was then invested on his or her behalf by NSSA. We therefore want to see the pensioner benefiting and enjoying their sweat.”

He suggested that paying half of the PDL linked salaries in US$ and the remainder in local currency would be a reasonable entry point for NSSA payouts .

But NSSA spokesperson, Tendai Mutseyekwa, maintained that the payouts are far much better when compared to other countries in the Southern Africa region.

“We have stated on numerous occasions that pension payouts can never be sufficient, whether in Zimbabwe or anywhere else in the world. Social Security pensions are meant to augment occupational pensions.

“NSSA payouts compare very favourably against regional equivalents, so the Authority is doing all it can. In addition to statutory benefits, NSSA pensioners also enjoy various non-monetary benefits to ease their plight,” he said.

He, however, said the authority will continuously push towards improving payouts, subject to affordability and sustainability of its schemes.