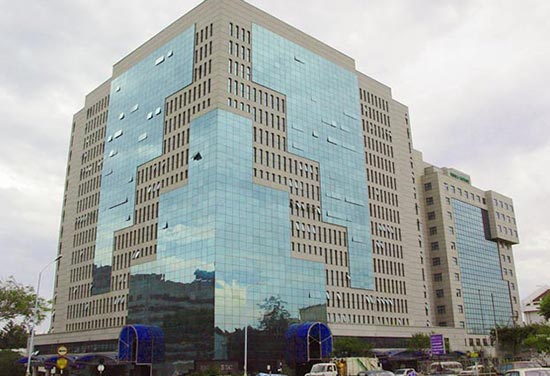 THE National Social Security Authority (NSSA) will provide funding for small to medium enterprises in the informal sector to facilitate their growth into formal businesses, the general manager James Matiza has said.
Zimbabwe’s economy is dominated by the informal sector, made up mainly of small to medium enterprises (SMEs), as the formal sector continues to shrink on the back of a shortage of fresh capital.
A government-sponsored study released last year showed that the informal sector, which is not taxed and is highly unbanked, employs over six million people.
But government, which is struggling to raise income to fund its expenditure due to a shrinking formal sector, is targeting to formalise the informal sector where an estimated $3 billion to $7 billion is reported to be circulating.
“NSSA would play a financing role by making funds available to the Small Enterprises Development Corporation (Sedco) for lending to informal businesses, as a way of transitioning them to the formal economy,” said Matiza in a statement on Thursday, without giving details of the funding.
“The Ministers of Public Service, Labour and Social Welfare and of Small and Medium Enterprises and Cooperative Development are expected to meet soon to discuss cooperation in this exercise.”
NSSA, which falls under the labour ministry, has previously availed millions to Sedco, a government agency for supporting SMEs, for on lending to the informal sector at concessionary rates.
The growth of SMEs will also have an extended benefit for NSSA as it will take on millions on new subscribers for its pension fund, translating to millions in potential income.
“For us, as a social security authority, our primary concern is the fact that workers within the informal sector are not covered by the Workers’ Compensation Insurance Fund and are not contributing to the national pension scheme,” he said.
“Thus we, as NSSA, have an interest in supporting the formalisation of the informal economy, which is why we are ready to provide funding for informal sector businesses as a way of bringing them into the formal sector,” he said.
Subscription to NSSA pension benefits is mandatory for all workers in the formal sector.Advertisement