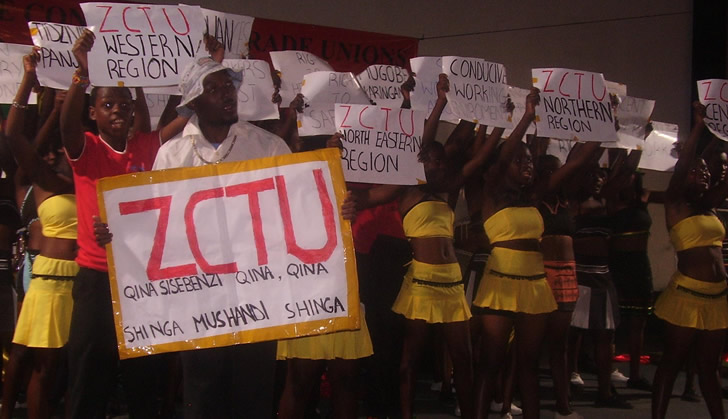 LABOUR and political groupings have expressed outrage at the dismissal of striking nurses by the government this Tuesday.

The nurses had downed their tools demanding salary increments and better working conditions.

Their summary sacking was confirmed in a press statement by Vice President, Constantino Chiwenga in his capacity as supervisor of the cabinet social services cluster.

However, speaking in separate interviews with NewZimbabwe.com Wednesday, political parties and labour unions said the Zanu PF government had not repented with the ouster of former president Robert Mugabe.

The successor Emmerson Mnangagwa was instead proving that the ruling Zanu PF party was not concerned about the welfare of citizens.

Moyo said sacking the striking nurses was not the best option for the government, more so coming on the eve of the country’s Independence Day celebrations.

He said collective job action was in the country’s statutes, adding there were procedures to be followed before an employer could pronounce a strike illegal.

“What the government is doing is taking advantage of the high numbers of unemployment to lower conditions for those at work,” he said.

“The message is – if you complain I will go outside the gate and get someone prepared to work for less and such an attitude is not acceptable.”

Moyo said the route government had taken did not proffer any long-term solutions, adding those who would be hired to replace the fired nurses would soon realize that the remuneration is inadequate.

He warned that it was highly likely that government would still pay the fired nurses after incurring high litigation costs.

“Clearly soldiers are not leaders or managers when it comes to industrial issues.

“Remember the permanent secretary in the health ministry is a retired military General and the chairman of the cabinet cluster is a coup master; nothing will come from them,” he said.

Opposition Peoples Democratic Party (PDP) spokesperson, Jacob Mafume said VP Chiwenga got into power using extra-legal means hence the law and people’s rights were of no consequence to him.

“It is an unmitigated bout of cruelty from people who, when they travel, probably get – in allowances alone – three times a nurse’s salary pay,” said the PDP official.

He said the move by Chiwenga was a sign that the country had a new concept of a co-presidency which is creating a constitutional crisis.

“There are two lions in the same basket all looking to eat. The strike is political, he says without defining what he means.

“That accusation alone from him (Chiwenga) is enough to fire every striking worker as the head of a cluster; not even a constitutional cluster but an arbitrary management cluster.

“(Chiwenga) even has the authority to decide how the money will be used without reference to anyone.”