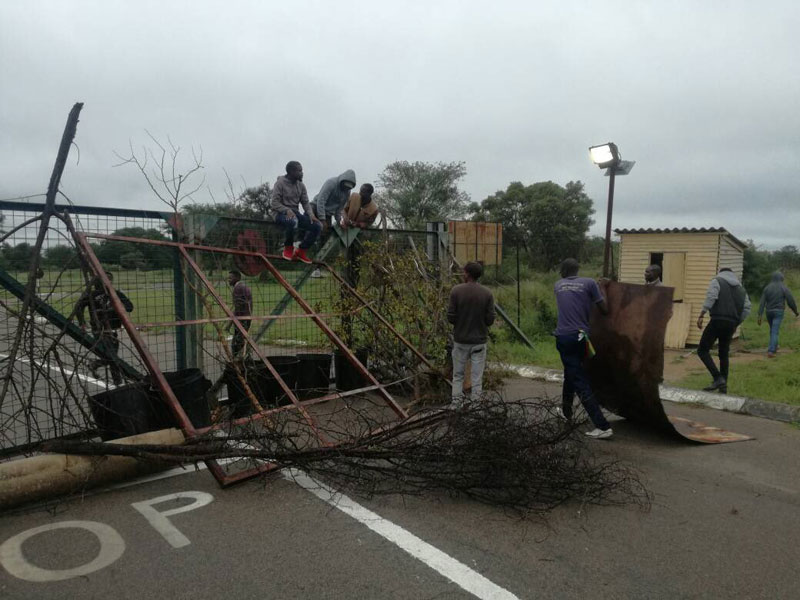 NATIONAL University of Science and Technology (NUST) academic staff have reportedly agreed to end their strike and report for duty following a successful meeting with the university`s management council on Monday.

The meeting, held at Bulawayo hotel and presided over by chairman of council Ambassador Zenzo Nsimbi, took place amid a demonstration by students who brought operations at the state university to a halt when they barricaded entrances to the campus.

The students were protesting that they were on the losing end of the stand-off between the university`s management and academic staff. Sixty-one students were arrested and later released after paying fines.

Student Representative Council president Pablo Chimusoro, who was among those detained by the police, confirmed that they had been freed.

“The 61 students who were picked up by the police were bailed out and we are now back at campus. We were asked to pay $5 fines for disorderly conduct charges after we were accusing of contravening section 41 of the criminal law and reform act,” said Chimusoro.

A source who attended the meeting between teaching staff and the university council told NewZimbabwe.com that there was a commitment from the management to attend to the tutors’ grievances.

“Management agreed that they will to attend to issues raised by Nusteda (National University of Science and Technology Educators` Association),” said the source.

“There was a circular which management had released which was downplaying the lecturer`s demands and it has since been withdrawn.

“Lecturers have also agreed to report for duty and we expect normalcy to return to the institution.”

Chimusoro welcomed the apparent resolution to the stand-off.

“We are happy with the decision, it is pro-students and it benefits the institution at large,” he said.

Meanwhile, in a statement Tuesday, the Welshman Ncube-led MDC party said it was “appalled” by the police’s heavy handedness in dealing with the student protest.

“As MDC we strongly appeal to government to expeditiously address issues raised by lecturers and students and not wait for protests to act,” MDC deputy national spokesperson Mbuso Siso said.

“Students are at university for the sole purpose of learning and we believe that this typical knee-jerk reactionary approach by the authorities is not helpful.

“Moreover, the default mode by the security apparatus to victimize student leaders has to stop.”