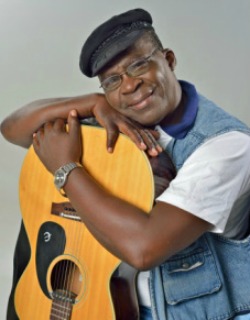 AFRO-JAZZ artist, Bob Nyabinde, has collaborated with a Polish musician, Klara Wojtkowska, to redo a track from his second album, Ndiratidze Mumwe Chete.
The Chabuda Hapana hit maker said Tawanda Kudhlanga is producing the song.
Rising Afro traditional jazz sensation, Brezhnev Guveya, has also been roped into the project.
“I am currently re-doing a track from my second album titled, “rudo” and it is expected to come out anytime soon,” he said.
The “headmaster” as Nyabinde is affectionately known by his legion of fans owing to his career as a teacher and then a headmaster said he has roped in a Polish artist for the project.
“I am working with an artist from Poland on this exciting project,” he said.
The Savanna Band front man currently has four albums under his belt.
His debut Pane Nyaya (2002) catapulted him to stardom before releasing Ndiratidze Mumwe Chete (2004), Teerera (2006) and his latest Anzwa Hama (2013).
Nyabinde is also in the business of making and repairing musical instruments.
“I met Klara when she came to my workshop to have her violin repaired at my workshop. She heard me singing the track rudo and she accompanied it with her violin and there was a blend. We then decided to redo the song,” Nyabinde said.
Klara is a Polish-American musician, writer, teacher, director and actress.
The versatile performer has played in various classical music festivals around the world; she performed as a club violinist around Poland and is now exploring African traditional jazz.
She founded “Dancing Fox Myth, Song and Ceremony”-an organization devoted to shamanic counseling, ceremony, sacred performance, storytelling, theater, music publishing and teaching.
The project will be operating from both Poland and Zimbabwe.
On the collaboration, Klara will be singing the track in Shona.
“This is not my first project with a Zimbabwean artist, and I love playing music with both Bob and Brezhnev Guveya, the two artists on the track,” Wojtkowska said.
“We all seem to have great musical chemistry and I am very mush enjoying myself as a musician,” she said.
She added that she is learning Shona.
“Yes, I am learning Shona and singing in Shona on the track….one word, Rudo,” she said.Advertisement