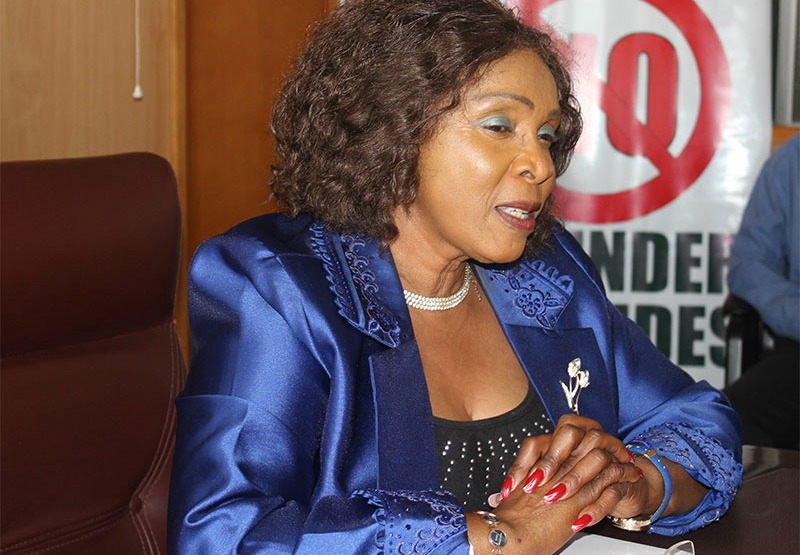 The ex-minister has since approached the High Court challenging the decision arguing it was unlawful.

Cited as respondents in the application is, Shiri and Local Government Minister, July Moyo and the Mama Mafuyana Housing Cooperative.

Chikwinya has been up in arms with the housing cooperative for sometime after it allegedly grabbed part of her land.

“This application seeks to set aside the decision of first respondent (Shiri) purportedly made on the January 2016 by which he sought to withdraw the offer letter given to me on the 6th of June 2003 in respect of subdivision 26 measuring 149 hectares of Pilgrims Rest PTN of Glen Forest Farm, Goromonzi District of Mashonaland East Province,” said Chikwinya in her court application.

“Relief is sought on the basis that the decision aforementioned is illegal by common law and is at any rate in violation of the Administrative Justice Act.

“It is my contention in this regard that the decision involved is without jurisdiction, irregular, unreasonable, incompetent, biased, malicious and altogether unfair.”

The farm was later incorporated into the precincts of the city of Harare and part of it was grabbed by the Mama Mafuyana Housing Cooperative. The cooperative said it had been allocated the piece of land in terms of the Urban Development Act.

Chikwinya said because of the incorporation, she applied and Harare City officials and the then Local Government Minister approved the change of use.

She said as a result of that process the land was subdivided into various residential and other related stands.

Chikwinya said she was served with a notice on the withdrawal of the offer letter on February 5 this year.

In her application, Chikwinya argues that the law should protect her because she has contractual entitlement arising from the acceptance of the offer letter.

“I also emphasise that the basis upon which the withdrawal was effected is unknown to me. That Lands minister is obliged to give reasons when exercising such drastic powers is beyond question,” she said.