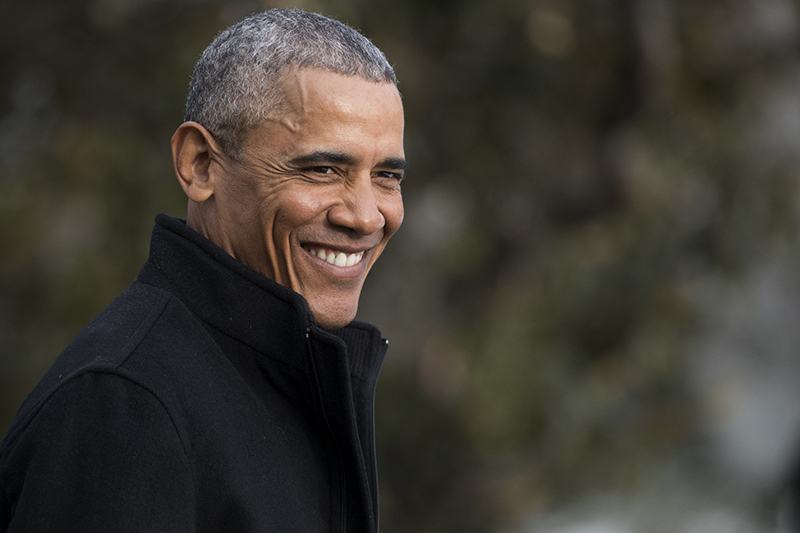 WASHINGTON, DC – JANUARY 07: President Barack Obama walks to Marine One on the South Lawn of the White House on January 7, 2017 in Washington, DC. President Obama Will be attending a wedding in Florida. (Photo by Shawn Thew – Pool/Getty Images)

will deliver the annual Nelson Mandela memorial lecture at a 4,000-capacity arena in Johannesburg in July, South African organisers announced on Monday.

Obama, who met with Mandela in 2005 and who made an emotional address at his funeral, will speak at the lecture marking 100 years since the anti-apartheid icon was born.

“President Barack Obama — we will be looking forward to hosting him as he will be addressing this esteemed Nelson Mandela annual lecture,” Sello Hatang, head of the Nelson Mandela Foundation, said.

Hatang said the foundation had been seeking someone with “an Africa heritage” to deliver an address that will “deal with issues of democracy” facing the world today.

The New York Times said that Obama would spend five days in Johannesburg holding meetings, workshops and training for 200 young people in his most significant international project as an ex-president.

In his funeral address, Obama said Mandela “makes me want to be a better man” and hailed him as “the last great liberator of the 20th century”.