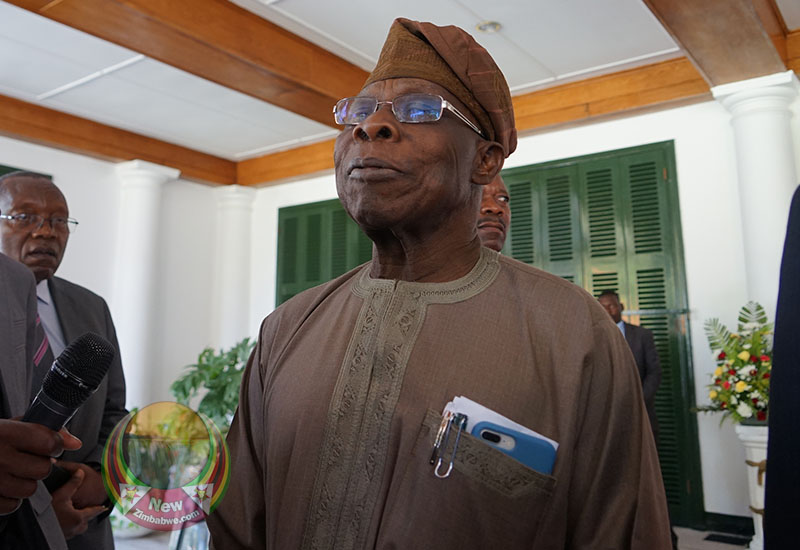 Obasanjo is in Zimbabwe where he is accompanying some investors keen on setting up base in the country.

The former Nigerian military ruler met President Emmerson Mnangagwa on his second trip to the country after a whistle-stop visit in March when he attended opposition MDC vice president Tendai Biti’s book launch.

Addressing journalists after a closed door meeting with Mnangagwa at State House on Thursday, Obasanjo said stability is key to development.

“Political stability and security are the conditions for a healthy economic development both foreign and domestic.

“We cannot talk of development and progress without talking about all the things that have to do with political stability, security and all the aspects of fundamental and basic things. Those are key conditions for investments in the country,” said the former Nigerian leader.

Obasanjo said Zimbabwe needed both local and international investment in order to extricate itself from the current economic problems.

The ex-Nigerian strongman who took power in a coup in the late 70s before retaining it towards the turn of the century through democratic means, remains a respected world figure and an elder African statesman for his principled stance on peaceful resolution to conflicts.

Obasanjo’s involvement with Zimbabwean politics dates back to his efforts to convince then old foes the late former President Robert Mugabe and opposition MDC founding leader Morgan Tsvangirai to dialogue in the interest of the country.

Mugabe and Tsvangirai then formed a government of national unity between 2008 and 2013.