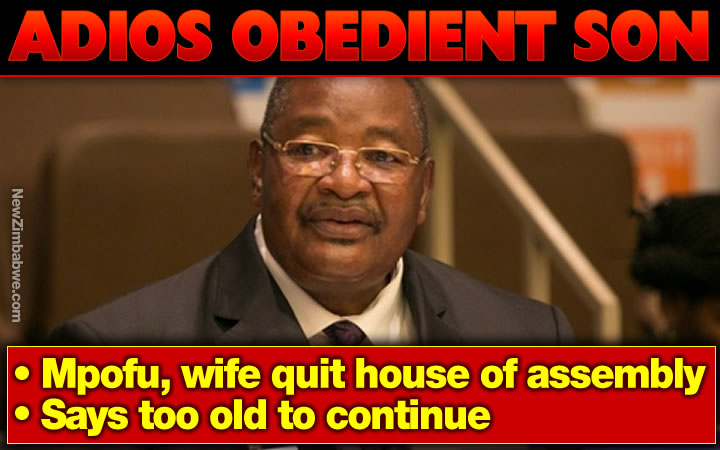 HOME affairs minister and MP for Umguza Obert Mpofu says he is quitting the House Assembly to make way for younger blood.

The Zanu PF secretary for administration made the announcement this week in Lupane while addressing a Zanu PF provincial meeting.

Mpofu said he had identified someone younger to take over from him because he is already old.

“I am now old; I want to be in the senate with the elders. I have identified and groomed a young leader. We must identify and groom young people because it is not good for one person to remain in position for ever,” said Mpofu whose wife Sikhanyisiwe is also stepping down as proportional representation MP.

It is thought that the young person referred to by Mpofu is the Zanu PF provincial chairperson Richard Moyo who submitted his CV to the ruling party for consideration.

Mpofu first became an MP in 1995 but was to be defeated by MDC’s Jacob Thabane in 2000. Thabane had come in to represent the MDC after a white candidate and farmer, Martin Olds, was brutally murdered by war veterans in cold blood.

Mpofu was to become governor for Matebeleland North. He became an MP again in 2005. He was the minister of mines during the looting of diamonds at Chiadzwa. Former president Robert Mugabe has claimed that as much as $15 billion was looted.

Mpofu is known for calling himself Mugabe’s obedient son.