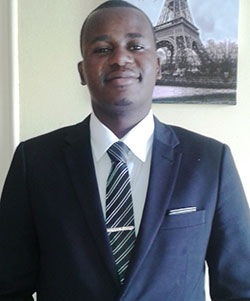 A SIZEABLE number of the black indigenous people in Zimbabwe have firm beliefs in ancestral spirits. They believe that when a person dies, their spirit continues and can have influence on events in their families and the community.
The black indigenous also believe that if one tries to treat the ancestors with derision, bad luck can befall that person like a tsunami. Sickness, failure to secure employment despite good grades, sterility and constant involvement in road accidents, among other adversities, are said to be indications that ancestral spirits are in pursuit of one’s life.
However, honouring the ancestral spirits was said to be an antidote to these misfortunes. Christians on the other hand view ancestral spirits as nothing but evil spirits that should be cast out in the name of Jesus Christ.
The above narrative tells of the spiritual standpoint that traditional leaders in Zimbabwe recently based their opinions regarding diamond mining in Marange.
They are of the opinion that diamond mining operations in Marange are facing various problems because the spirits were ‘angry’ at government and mining companies for snubbing them and local cultures.
“You know, some of these things are spiritual. It is unfortunate that the government did not consult traditional leaders on how to extract the diamonds. The diamonds are on our traditional land. There are supposed to be rituals done first in order to appease the spirits,” the president of the Chiefs’ Council, Chief Fortune Charumbira was quoted as saying by The Standard newspaper.
“The land belongs to us and the diamonds are ours. We are the ancestors of this land where diamonds lie on, but, the government decided to go it alone. Look now there are so many problems in Chiadzwa [Marange].
“There are violations of cultural rites. Our ancestors are not happy because of the disrespect of their rights since they stay in a rich land, but are not benefitting from their ancestral land resources.”
Self-serving threats?
Another traditional leader, Chief Gilbert Marange said locals remained poor despite the discovery of the diamonds in their village.
“We demand that chiefs sit on the boards of mining firms in areas under their jurisdiction to ensure they bring development to their communities,” he said.Advertisement

These revelations are interesting especially when one considers that the chiefs, instead of sticking to their demands of conducting the ‘rituals’ to ‘appease the spirits’, were also demanding to sit on boards of the diamond companies.
Diamond mining in Marange has proved lucrative for individuals, although the nation at large has not benefitted much from the gems. Marange fields span 85,000 hectares and contain large deposits of alluvial and conglomerate diamonds.
Former mines minister Obert Mpofu once said that the gems would likely inject $2 billion into the economy annually. “We are going to unleash our worthiness to the world. Zimbabwe won’t be begging to anyone,” he said in November 2011.
“Our current diamond production is estimated by volume, to be in excess of 25 percent of the world production, and going by the values realised to date per carat, Zimbabwe is set to earn in excess of $2 billion annually in gross revenues.”
But the reality percolated through as most people realised that the loud pronouncement had only massaged their hopes.
Just recently, mines minister Walter Chidhakwa who replaced Mpofu last September, said the government would rather stop all diamond mining in Marange than let miners continue fleecing the country of millions of dollars through understating the real value of the stones they extract.
He said the government would not extend the tenure of the firms in Marange, some of whom were reluctant to go into underground mining preferring to concentrate on cheaper surface operations.
Harare is not ‘happy’ that the diamond miners are saying the quality of stones they are mining continues to go down and now want new concessions.
President Robert Mugabe said that he would want to see one or two companies mining diamonds in Marange from the current five.
It is such challenges of deteriorating alluvial diamonds on claims granted to the miners and truncated revenue, blamed on corruption and shadowy operations, that the traditional leaders are basing their argument of ancestral retribution.
However, it’s quite avowed that the government and the traditional leaders have different solutions to the problems bedeviling Marange. Harare is saying let us streamline operations to improve transparency, while the chiefs are saying ‘appease’ the ancestors and your problems will go.
But wait a minute; they also want to sit on the company boards.
Even those that believe in ancestral spirits had bought the chiefs’ arguments, there is no doubt that they discredited themselves the moment they asked to sit on the boards, as this gives a picture of people who are interested in lining their pockets while masquerading as vanguards of traditionalism.
About the author: Mathew Nyaungwa is currently reading for his M.A in Journalism and Media Studies at Rhodes University, in South Africa.