A video shared by JustImagine Pictures on popular video sharing platform YouTube of a fidgeting Vice President Constantino Chiwenga at the launch of the Commission of Inquiry into post-election violence was so popular that by Friday it had 20,000 views with unquantified shares on WhatsApp.

Six people died while several others were left injured after the military swooped onto central Harare shooting into the crowds in a bid to quell opposition protests against the results of the July 30 elections.

Accusatory fingers have pointed at Chiwenga with a British prime minister going so far as demanding that the former defence forces chief should be fired as vice president.

“Chiwenga’s fidgeting is a sign of guilt. No need for a Commission of Inquiry we could save thousands of dollars in fees,” tweeted

“Looks like Chiwenga is very uncomfortable with the setting up of the commission of inquiry…my man kept fidgeting…like that time when your mum was about to say who had stolen the meat in the pot & you know it was you.” 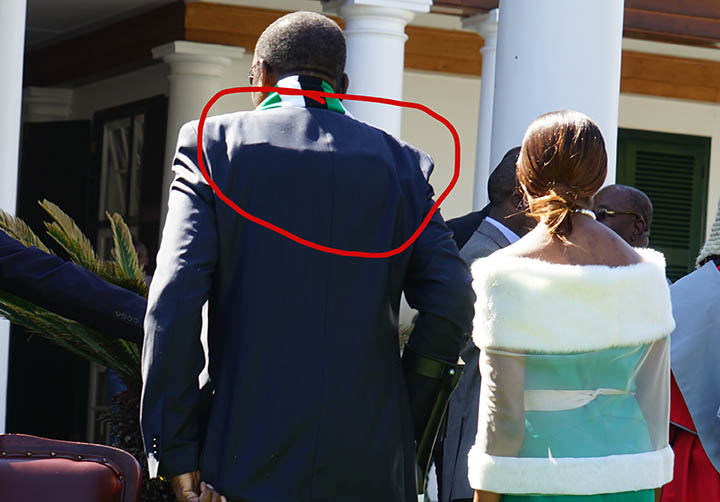 Then a picture showing vice president, Kembo Mohadi with a bulge at his back underneath his suit jacket at the swearing in ceremony of the two VPs at the State House also did the rounds on social media attracting incredulous comments from Zimbabweans.

Some suggested the VP was now security warry and wearing a bullet proof vest after the 23 June White City Stadium explosion which government claimed to have been an attempt on the life of president Emmerson Mnangagwa. Mohadi was injured in the incident which left two VIP security aides dead.

“Bullet-proof vest. Vice President Kembo Mohadi. What we’re seeing is a gradual deterioration of the security situation in Zimbabwe, a fruit of “unresolved leadership issues” as stated by Presidential spox George Charamba after the Bulawayo bombing.”

“The Junta is now afraid of each other! These guys are not in for us but for their personal wishes and gains! Why did Kembo Mohadi wear a bullet proof vest during the Swearing In Ceremony.” 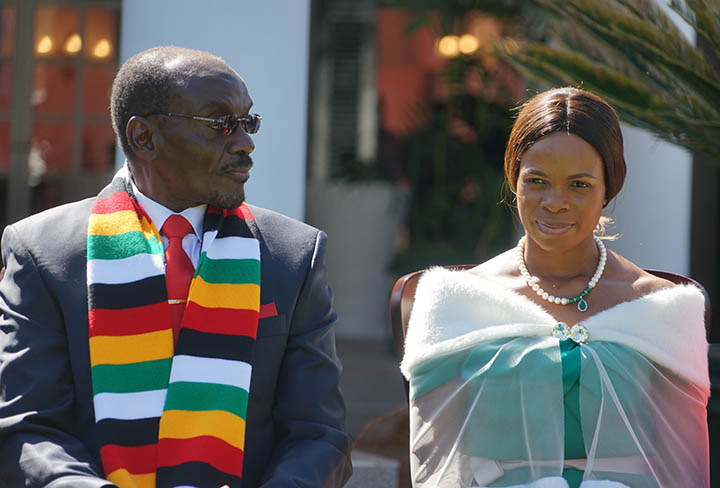