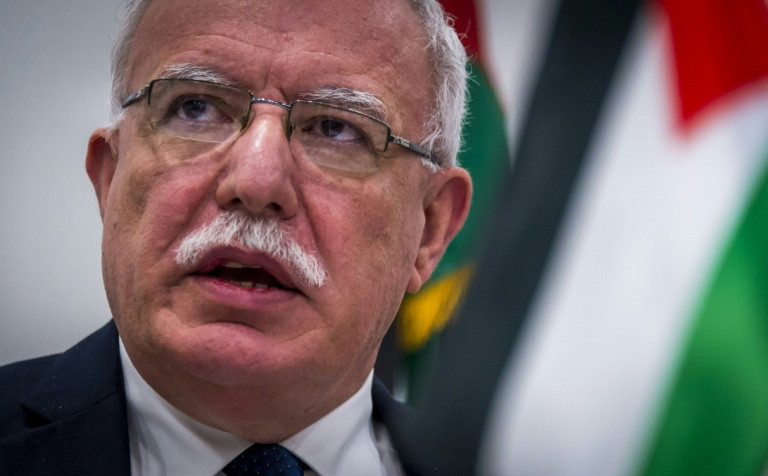 THE global arena in which state and non-state actors interact is anarchic.

Anarchy is the idea that the world lacks any supreme authority or sovereign.

In an anarchic international system, there is no hierarchically superior, coercive power that can resolve disputes, enforce the law, or order the system of international politics.

This is because it supports global order and the attainment of humanity’s fundamental goals of advancing peace, prosperity, human rights, and environmental protection.

The obligation to respect means that States must refrain from interfering with or curtailing the enjoyment of human rights.

When a state violates international law, it may be subject to diplomatic pressure, or economic sanctions.

Other states may also adopt unilateral sanctions against those who flout international law provisions.

In some cases, domestic courts may render judgement against a foreign state for an injury.

While this sounds very logical on paper, the enforcement of international law leaves a lot to be desired.

Selective application of the law has been the order of the day and this has resulted in a sad situation where the powerful trample upon the law without any consequences.

Article 2(1) of the United Nations Charter provides that: “The organisation is based on the principle of the sovereign equality of all its members,” but a different situation plays out on the ground.

States like the United States enjoy hegemonic status and use their standing as a superpower to dominate other smaller states.

Those that bandwagon with the superpower also exhibits bullish tendencies to states not be singing from the same hymn book with the hegemony.

The story of Israel and Palestine easily comes to mind.

Israel has been a long-time ally of the US which explains why the latter has played a key role in the decades-long Israel-Palestine conflict.

US has assisted with arms, financial support and UN vetoes.

On the military front, since the creation of the Israeli state, the United States has provided US$146 billion in foreign aid, nearly all of it military-related, as of November 2020.

It currently provides US$3.8billion per year in military aid to Israel.

Research has shown that the United States is the largest seller of weapons to Israel, whose military arsenal now includes 362 US-built F-16 warplanes and 100 other US military aircraft, including a growing fleet of the new F-35s; at least 45 Apache attack helicopters; 600 M-109 howitzers and 64 M270 rocket-launchers.

Some of these weapons have been used to launch attacks on Palestine and the United Nations, the custodian of the UN charter has not reined in Israel.

This is despite Article 2 (4) of Charter providing that: “All members shall refrain in their international relations from the threat or use of force against the territorial integrity or political independence of any state, or in any other manner inconsistent with the purposes of the United Nations.”

The purposes of the UN include peaceful settlement of international disputes in such a manner that does not endanger international peace and security and justice.

This is despite the fact that international law, through 159 Articles of the Fourth Geneva Convention protects civilians in areas of armed conflict and occupied territories.

The Articles theoretically safeguard civilians from murder, torture or brutality, and from discrimination on the basis of race, nationality, religion or political opinion but realistically, Palestinians have not enjoyed this protection.

They have borne the brunt of inexorable Israeli attacks and further compounding the situation is the fact that instead of playing a role in solving the conflict as the ‘laboratory of democracy’ in the words of Alexis de Tocqueville, US has been protecting Israel.

Washington has exercised its veto in the UN Security Council 82 times, and 44 of those vetoes have been to shield Israel from accountability for war crimes or human rights violations.

In every case, the US has been the lone vote against the resolution, although a few other countries have occasionally abstained.

This has contributed to a climate of impunity and exacerbated the cycle of violence affecting both Palestinians and Israelis.

An April 2021 Human Rights Watch (HRW) report titled A Threshold Crossed: Israeli Authorities and the Crimes of Apartheid and Persecution noted that Israel is guilty of two crimes against humanity in the Occupied Palestinian Territories (OPT) which are: apartheid and persecution.

According to Article 7(2)(g) of the Rome Statute, persecution involves “the intentional and severe deprivation of fundamental rights…by reason of the identity of the group,” including on racial, national, or ethnic grounds.

The discriminatory widespread confiscation of privately owned land such as that attempted in Sheikh Jarrah is an example.

In February 2021, the International Criminal Court (ICC) ruled that it had jurisdiction to investigate Israel’s alleged war crimes in OPT because crimes against humanity have a peremptory status and Article 53 of the Vienna Convention provides that states are not permitted to derogate from these provisions and must ensure that they comply with their obligations.

However, despite Israel being in grave and serious breach of international law provisions, nothing has been done to bring it to book.

The world cannot continue to pay a deaf ear to the cries of the Palestinian people and a blind eye to their teething troubles.

The UN should develop teeth and ensure that war crimes against Palestine are not perpetuated.

The role of the UN in the conflict varies from impotent to accomplice to broker and more over the decades.

It was both venue and player in the complicated international diplomacy that led to the partition of Palestine in 1947 and the creation of the state of Israel in 1948.

It is high time the organisation steps up as noted by Professor of Modern Arab Studies at Columbia University Rashid Khalidi and come up with solutions that do not result in the “dead letters” of Council resolutions on the Palestine problem that have been systematically disrespected since the founding of the United Nations.

While reconstruction of the besieged Gaza Strip is important, the Palestinians want the lifting of the blockade preventing the freedom of movement of people and goods, their dispossession, the status of Jerusalem and the supposedly temporary military occupation that has endured since 1967.

International law should not exist in theory but should be practised for it to be effective.