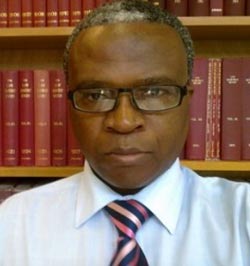 A VIGNETTE is a document that signifies your right to be in the United Kingdom. It can be kept as a separate document or pasted into one’s passport.
Apart from indicating your right to stay in the United Kingdom it also evidences your right to work or lack thereof.
This system has been in use for a long time now after the scrapping of the traditional ink stamp.
With the advance in new technology and on-going security reviews the Home Office have embraced the Biometric Residence Permit (BRP) regime. This regime captures one’s finger prints including all the relevant data as previously contained in the Vignette.
One may ask why I am going to some great length to describe the seemingly obvious.
The reason is because the possession of a BRP now appears to be mandatory. In practice what is happening is that those with Vignettes in old passports now have to apply for a BRP.
The position is that Vignettes are no longer being issued with the result that all stay in the United Kingdom will ultimately be evidenced by possession of the BRP or British citizenship.
So how does one apply for a BRP, one may ask. One has to complete Form NTL and pay the prescribed fee. Individuals can do this on their own but like all matters legal can seek legal advice from their legal representatives.
Of what importance is this information? The importance of this information is twofold. Firstly readers who travel outside the country will have noted that upon leaving the United Kingdom you are not required to show your passport or anything to show that you have got a right to remain in the United Kingdom.
So one easily leaves the United Kingdom. However upon return there are some who have experienced problems either from their initial departure airports or subsequently on transit when they are asked to produce a BRP.
There are cases of people who have failed to complete their journeys to the United Kingdom or have been delayed whilst enquiries are being made as to the authenticity or otherwise of their Vignettes.
I am sure no one would wish to encounter such stressful treatment given that travelling is enough stress in its self. Hence the importance of obtaining a BRP. The best would of course to naturalise if you do qualify and you also are keen to be a British citizen.Advertisement

The second scenario is what employers in the United Kingdom seem to be doing. It appears most employers if not all are now insisting on BRP as evidence of the right to work in the United Kingdom.
You might have been with a single employer for a long time without being asked to submit proof of your stay in the United Kingdom. So once you are asked its either you will be able to produce a British passport or a BRP.
However what I found surprising is that some of these employers actually terminated employment relations pending obtaining a BRP or evidence of application one.
Given that employers have a facility that allows them to link up with Home Office in order to verify one’s status in the United Kingdom I am of the opinion that terminating of employment relations pending obtaining or application for a BRP would be illegal and unlawful in the circumstances.
I do appreciate where the employers are coming from, as they stand to pay hefty fines should they be found employing some one with no right to work in the United Kingdom.
But as I have already indicated this is covered by the verification process which they can readily do with the Home Office. Be that as it may, it would be advisable to either get your BRP or to apply for naturalisation so that you do not have to endure the inconveniences discussed here.
Readers are, therefore, advised to seek legal advice about documentation that evidences their stay in the UK given the on-going Home Office changes.
It is also interesting to note that the BRP has an expiry date. For those settled it does not mean that you will be applying for leave to remain in the United Kingdom again. What it means is that whilst you could be settled in the United Kingdom you would still need to have new biometrics taken before expiry.
However for those with limited leave it will be an application for both an extension of leave to remain and BRP. So be on the lookout for what may appear to be small mattes but could potentially cause some great inconveniences.
George Tizirai-Chapwanya, BL (Hons) LLB LLM is a Solicitor with CB Solicitors. He can be contacted on gtc@cbsolicitors.co.uk; or visit CB Solicitors’ website at www.cbsolicitors.co.uk; Mobile: 07950529478
Disclaimer: This article only provides general information on immigration law. It is not intended to replace the advice or services of a Solicitor. The specific facts that apply to your matter may make the outcome different than would be anticipated by you. The writer will not accept any liability for any claims or inconvenience as a result of use of this information.