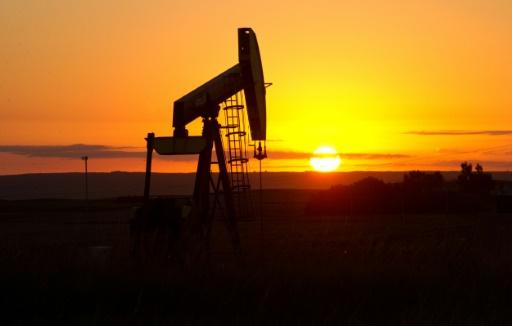 OIL prices slid for a fourth straight day Monday as the steepest drop in Chinese equities since 2007 fuelled fresh fears about reduced demand in the world’s top energy consumer.
The global benchmark, Brent North Sea crude for September, tumbled to $53.47 a barrel in London trade, down $1.15 from Friday’s settlement.
“Right now the market continues to look for a bottom,” said Gene McGillian of Tradition Energy.
On Monday, Chinese shares slumped 8.5 percent on the Shanghai stock market, their biggest one-day fall since February 2007, after weak economic data revived fears about the health of the world’s second-largest economy.
The Shanghai rout rattled global financial markets. It came despite recent unprecedented efforts by the Chinese government to prop up equities that have slumped since mid-June.
McGillian said that demand fears had pressured the oil market.
“The plunge in Chinese stocks revved up concerns economic growth might be slowing down,” he said.
Traders were anticipating a decline in energy demand “particularly in China” and worried about “the record production levels you see across the world.”
Joseph George, an analyst at Schneider Electric, noted that the US oil rig count increased last week for the third time this month, by 21 to 659.
“US producers continue to drill at the fastest rate in three decades despite lower prices,” he said.
“US production has yet to show signs of a substantial fall and oil markets remain oversupplied.”Advertisement