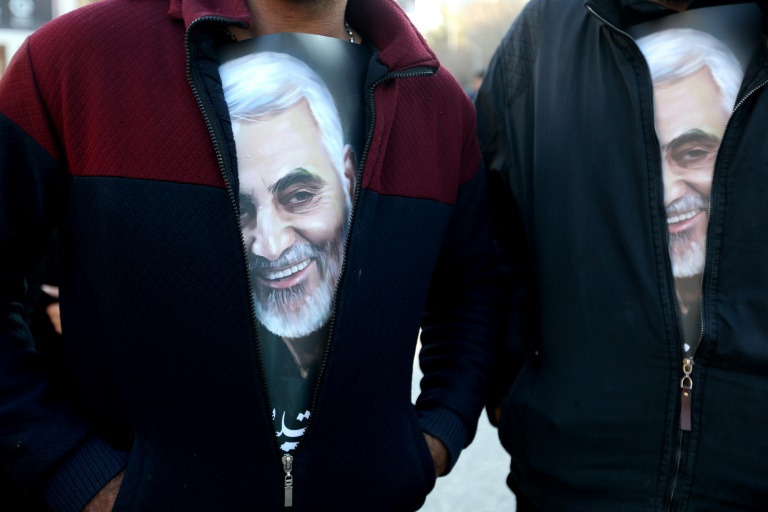 The US killing of Qasem Soleimani has sparked huge anger in Iran, which hit back with missile strikes at American forces stationed in Iraq
Spread This News

Oil prices spiked Wednesday and Tokyo stocks plunged as investors took fright at escalating tensions between the United States and Iran after Tehran launched missile attacks on US forces in Iraq.

As news broke of a missile attack against two airbases in Iraq housing US and coalition forces, the benchmark Nikkei 225 index dropped nearly 2.5 percent, with the broader Topix index off more than two percent.

“It’s not going to be pretty today,” said AxiTrader’s Stephen Innes, reacting to the initial reports of Iran’s first response to the US assassination of military commander Qasem Soleimani.

Oil climbed sharply higher on the news, with the benchmark WTI jumping as much as 4.53 percent to $65.54 a barrel before settling down slightly.

Japanese stocks were also affected by flight to the safe-haven yen — an asset in which investors often take refuge in times of uncertainty. A rising yen pulls down the price of Japan’s export-led firms.

Japanese stocks are also being hit by concerns over the economic impact on resource-poor Japan from a higher oil price, Amemiya said.

Before the latest escalation, investors had been weighing how to trade the latest flare-up in Middle East tensions, with stocks choppy since Soleimani’s killing.

In Tuesday trade, US stocks had finished slightly lower while European markets were broadly flat — Frankfurt outperforming its peers with a 0.8-percent gain.

Iran fired “more than a dozen” ballistic missiles Tuesday against two airbases in Iraq where US and coalition forces are based, the US Department of State said after the Tokyo market opened.

“It is clear that these missiles were launched from Iran and targeted at least two Iraqi military bases hosting US military and coalition personnel at Al-Assad and Irbil,” Assistant to the Secretary of Defense for Public Affairs Jonathan Hoffman said in a statement.

In Tokyo, the higher yen hit blue-chip exporters, which were down across the board, with Sony slipping 1.07 percent to 7,573 yen and game giant Nintendo trading down 1.07 percent at 42,480 yen.

Nissan was down 1.20 percent at 628.8 yen ahead of its former CEO Carlos Ghosn’s press conference in Lebanon after his audacious escape from Japan.